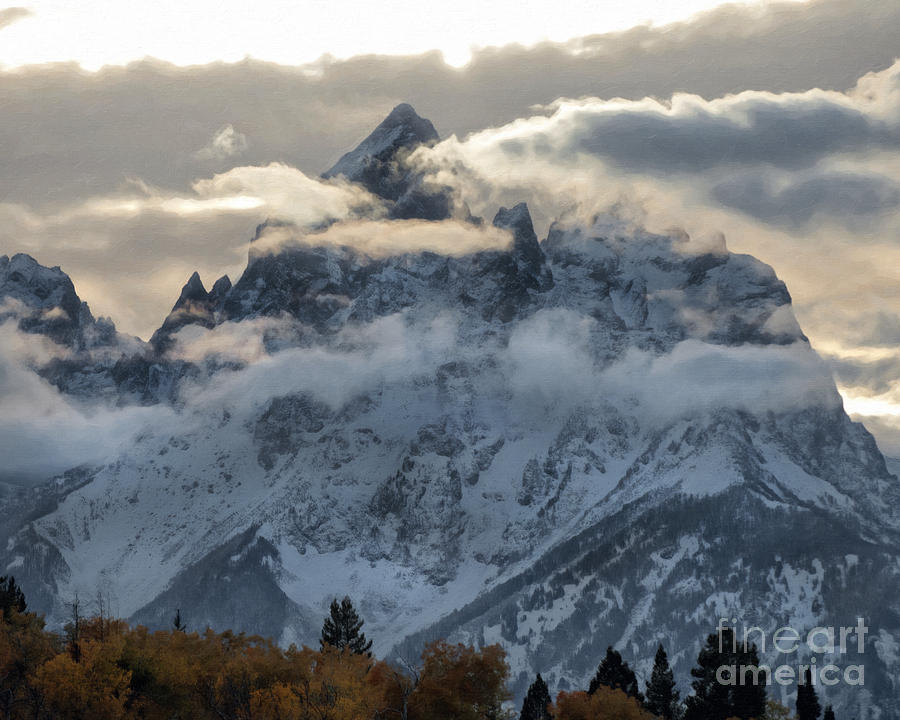 Grand Teton National Park is a United States National Park in northwestern Wyoming. Approximately 310,000 acres in size, the park includes the major peaks of the 40-mile (64 km) long Teton Range as well as most of the northern sections of the valley known as Jackson Hole. Only 10 miles (16 km) south of Yellowstone National Park, the two parks are connected by the National Park Service managed John D. Rockefeller, Jr. Memorial Parkway. These three protected areas in conjunction with surrounding National Forests constitute the Greater Yellowstone Ecosystem, which at almost 18,000,000 acres, is one of the largest intact mid-latitude temperate ecosystems in the world.
U.S. Government expeditions to the region commenced in the mid 19th-century as an offshoot of exploration in Yellowstone, and the first permanent white settlers in Jackson Hole arrived in the 1880s. Efforts to preserve the region as a national park commenced in the late 19th-century and in 1929, Grand Teton National Park was established, protecting the major peaks of the Teton Range. The valley of Jackson Hole remained in private ownership until the 1930s, when conservationists led by John D. Rockefeller, Jr. began purchasing land in Jackson Hole to be added to the existing national park.All my art is generated digitally from my original photographs. All images are copyrighted � Wildlife Fine Art. All Rights Reserved. Copying and/or distributing these images without our permission is strictly prohibited. Any unauthorized usage will be prosecuted to the full extent of U.S. Copyright Law.