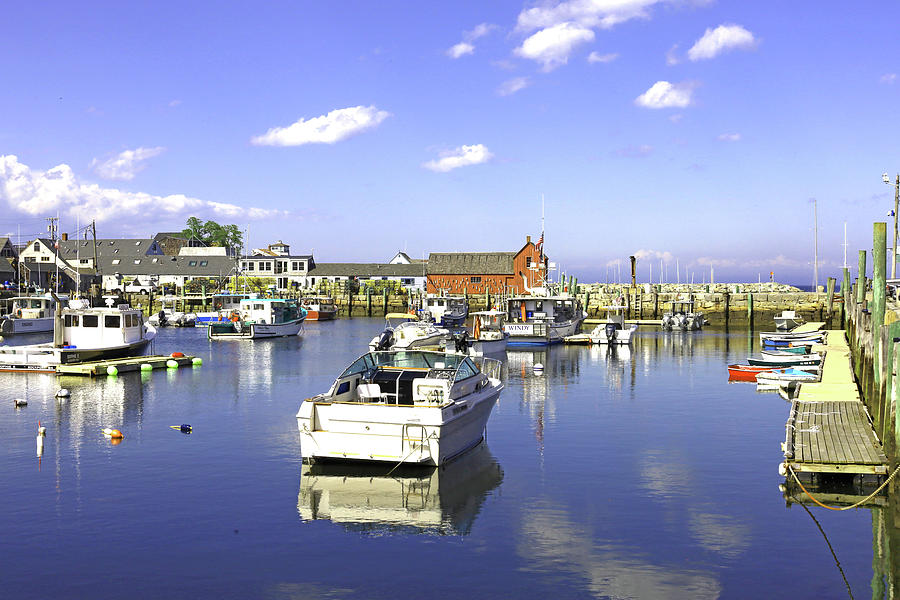 Images of Rockport’s iconic fishing shack on Bearskin Neck are known and recognized throughout the world, and instantly familiar to any student of art or art history.
“ROCKPORT’S trade mark is the dark red shack on a Bearskin Neck wharf. Motif No. 1 is recognized in far-away places, thanks not only to visitors who spread its fame, but to the innumerable paintings and prints that have carried its likeness abroad.
One story says that a Yankee traveling in South America found a picture of the house: it had been painted in Czechoslovakia. He brought it to his home in New Hampshire.

As we have noted, America’s most-painted building received its name in an impulsive exclamation by Lester Hornby. This illustrator and etcher taught in Paris in the winter; his pupils, in the French manner, drew certain standard subjects or motifs.
During his summer seasons in Rockport, Hornby noted that many pupils chose the venerable, dilapidated shed on the edge of the inner harbor. Its prominence and its simple but interesting proportions made it a natural model for sketches and paintings, good and bad. One day when a student brought for criticism a pencil drawing of the house, Hornby exclaimed, “What-Motif No 1 again!” It has been that ever since.”
Given the fame of this inconspicuous little shack, I set out to photograph and "paint" it in a variety of different compositions and presentations. I hope you like the results.

This image is Featured in the following FAA/Pixels Groups:

The Greatest Of All Time///

Picturesque Neighborhoods of the World///

Your Story of Art///

Janis, thank you very much for the Feature in the Just Perfect Group

You can almost hear the seagulls in this shot!! Well done!

I like how the sky is reflecting in water :)

Welcome back, thank you

The slight purple hue to the sky is gorgeous

Bukunolami, thank you very much for the Feature in the Daily Promotion Group

Bob, thank you very much for the Feature in the Your Very Best Photography Group

Thank you so much Gary

Randy, thank you very much for the Feature in the Wisconsin Flowers and Scenery Group

Congrats on your Feature in Barns Big and Small. We also added our like. Celebrate life, Debra and Dave