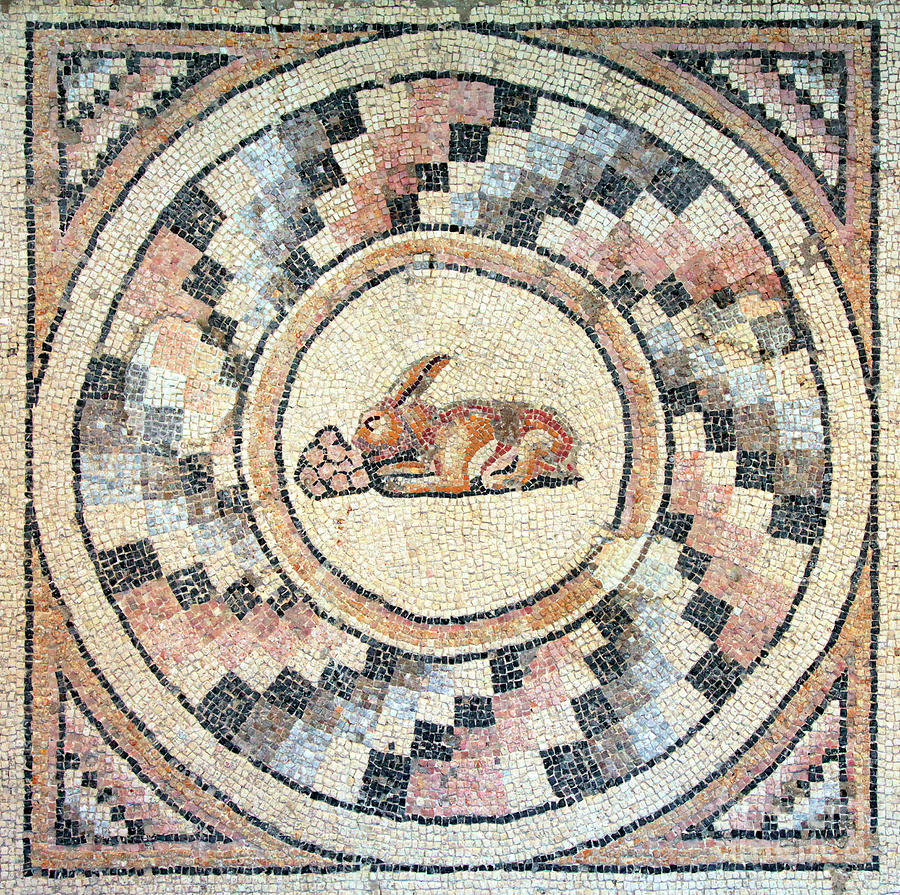 Mosiac Rabbit 2021 by Dean Triolo. In Classical Antiquity, the hare, because it was prized as a hunting quarry, was seen as the epitome of the hunted creature that could survive only by prolific breeding. Herodotus,[4] Aristotle, Pliny and Claudius Aelianus all described the rabbit as one of the most fertile of animals. It thus became a symbol of vitality, sexual desire and fertility. The hare served as an attribute of Aphrodite and as a gift between lovers. In late antiquity it was used as a symbol of good luck and in connection with ancient burial traditions.