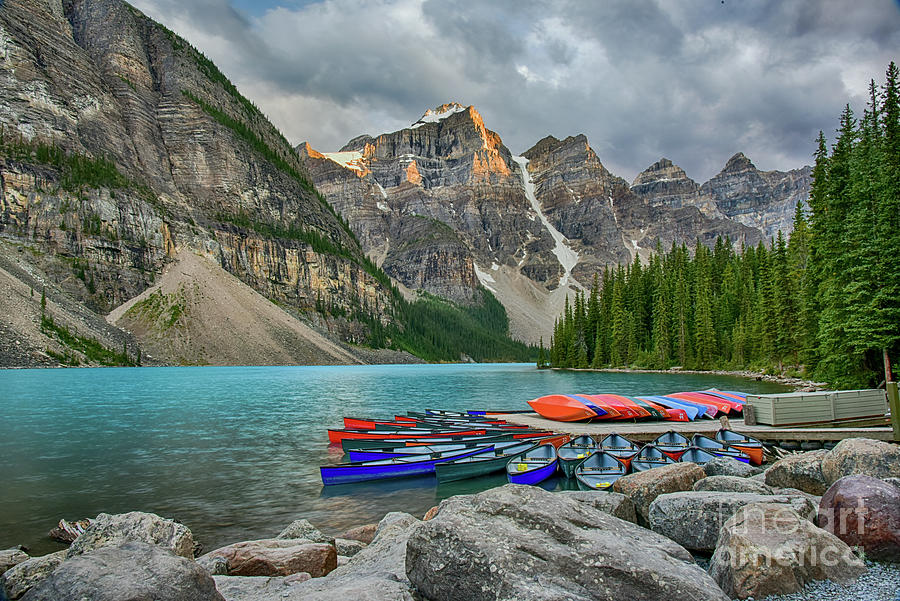 This shot was behind a series of rocks I thought would make an interesting foreground with the canoes mid ground with the mountains in the background. Recently visiting the Canadian Rockies, I made my way to Moraine Lake. The lakes around here are famous for their crystal clear water with a turquoise hue from the minerals flowing down from the mountains - I did not manipulate the color of the water in any way. Although a 10 mile drive from Lake Louise, parking is virtually impossible. I waited until dusk in hopes of getting a decent sunset but the raging fires across Canada kept the sky pretty hazing most of the week. This night was the only night the haze wasn't a factor. It was mostly cloudy with an occasional ray of sunshine popping through the clouds. I waited while I could get a better sky but this is all I was rewarded with. There was a quick moment of direct sunlight through the clouds so I snapped away and this is the result. This is a UNESCO World Heritage site.


Featured in the following FAA groups:

Chosen as an Elite Special Feature on Art District December 31, 2017

A gorgeous view of the lake.

What a fantastic shot!! L/F

the colors and lighting are magical!

Superb capture of this glorious landscape!