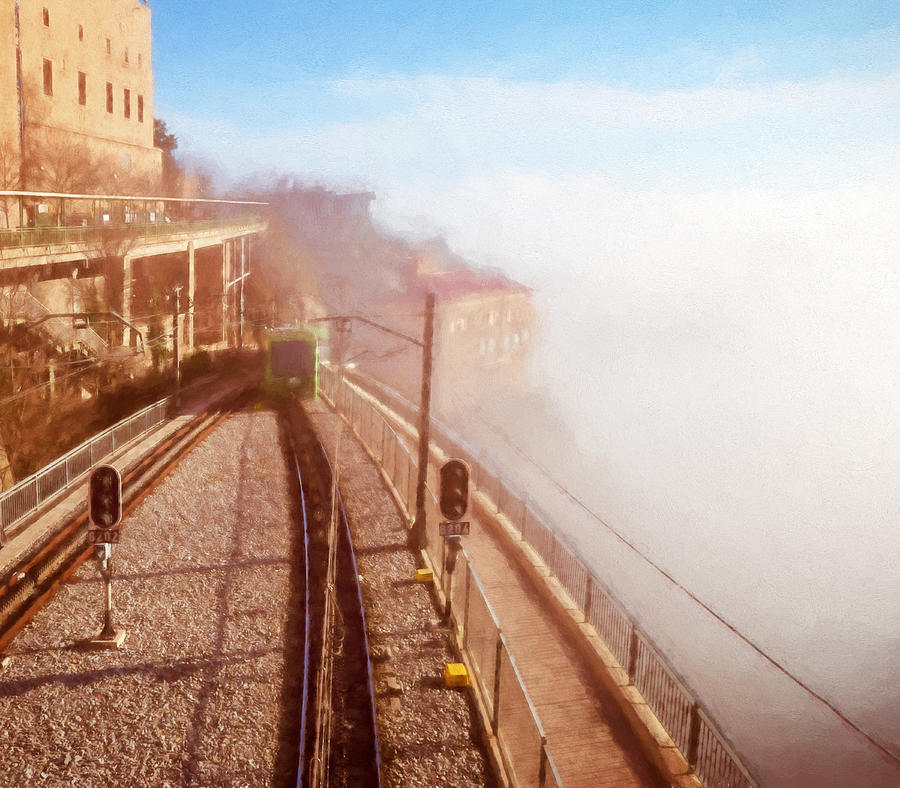 Sometimes you just get what you get. You can't plan the weather when you are traveling, you can only make the best of whatever it is. Even knowing that, I was a bit disappointed on the train ride from Barcelona to the train station in Montserrat since it seemed a foggy and gloomy day. How were we to enjoy the touted 'breathtaking scenery and panoramic views' in this weather??!! At the train station, you switch to the 'rack railway', a smaller train that takes you up to the plaza at the Monastery. At this point we rose above the fog, which made the monastery seem a bit like being in Brigadoon and changed the whole day! Montserrat is a UNESCO World Heritage site. (Raise your hand if you don't know or remember Brigadoon...it was a Broadway play that opened in 1947. The story involved two American tourists who stumble upon Brigadoon, a mysterious Scottish village which appears for only one day every hundred years.)

Just perfect Joan, such a great eye! Promote to FB

Joan, Revisiting this fantastic shot as you said you have to make the best of what you have and I feel that you have done it in this photo,capturing the trains, city and the fog, nicely done G+ and T

The first musical I was exposed to as a child. Never forgot. Great shot, Joan! And yes, make the best of what you may find, like this image ! L/f

Atmospheric, foggy elements add a sense of painterliness and mystery to this image. Wonderful, Joan!

Beautiful! Love the mood created by the fog. Pinning!