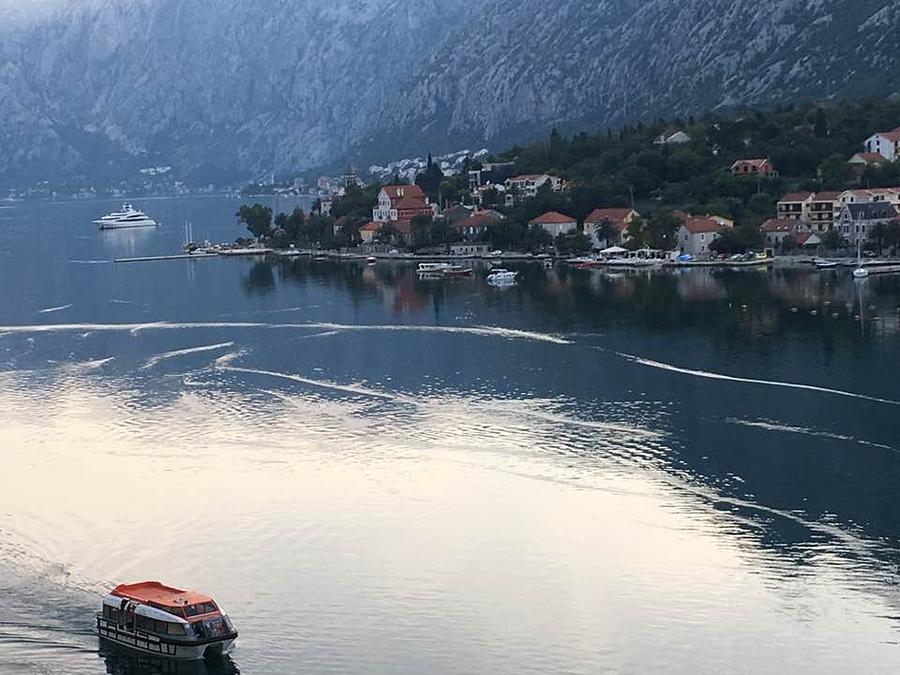 The bay has been inhabited since antiquity. Its well-preserved medieval towns of Kotor, Risan, Tivat, Perast, Prčanj and Herceg Novi, along with their natural surroundings, are major tourist attractions. Natural and Culturo-Historical Region of Kotor has been a World Heritage Site since 1979.

Its numerous Orthodox and Catholic churches and monasteries make it a major pilgrimage site.

Thank you for the history of this glorious place. What an exquisite capture! l/f

This amazing artwork is featured in the Fine Art America Group '' All Seasons Photography Only ''.....Beth

RAWM, it is a privilege to feature your wonderful image on the FAA group homepage, Artists' Cards-fine art greeting cards. Thank you for sharing!

This is gorgeous R A W M