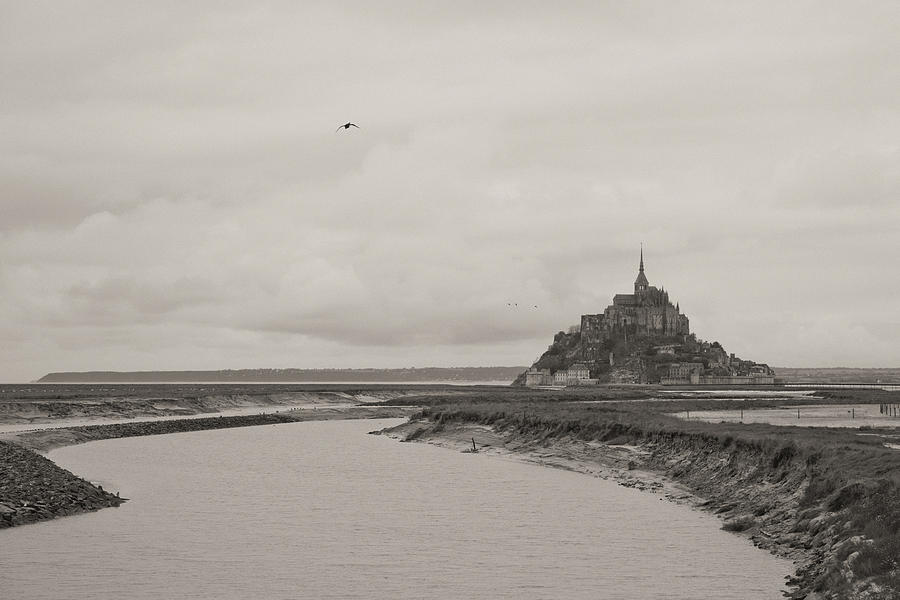 Mont Ste. Michel is on an island just 600 metres from land — made it accessible at low tide to the many pilgrims to its abbey, but defensible as an incoming tide stranded, drove off, or drowned, would-be assailants. The Mont remained unconquered during the Hundred Years' War; a small garrison fended off a full attack by the English in 1433. The reverse benefits of its natural defence were not lost on Louis XI, who turned the Mont into a prison. Thereafter the abbey began to be used more regularly as a jail during the Ancien Régime.

This image is being featured in the “Photography ONLY – Landscapes and Landmarks” group – one of the most active groups on Fine Art America featuring the best landscape photographers in the world! Congratulations on your excellent work!

F/L I can see it both as fortress and jail - austere, foreboding, unassailable. Terrific write up and most interesting and beautiful image.

Thank you Peggy and you should have been here!