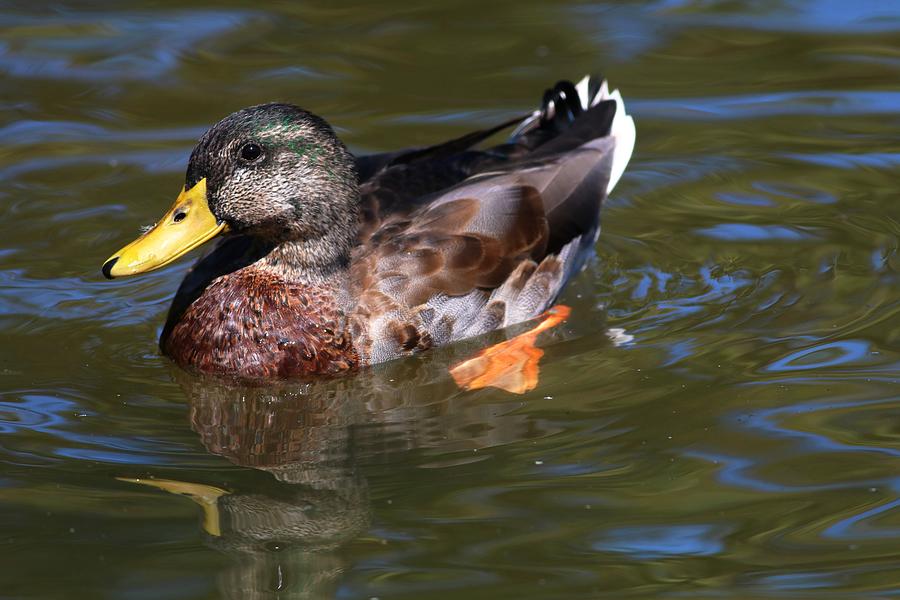 Click on the head area and you can see the green feathers emerging.

"Mallard is the most familiar wild duck to many people, and the ancestor of most strains of domesticated ducks. In many places this species has managed to domesticate itself, relying on handouts in city parks. Although barnyard and feral ducks may be dumpy and ungainly creatures, the ancestral wild Mallard is a trim, elegant, wary, fast-flying bird."

"Early in the summer, the drake abandoned the hen and her nest and began his first molt to enter eclipse, where he became flightless, reclusive and covered in brown feathers. He has now rejoined the sord and is molting again, reclaiming his green head, ringed neck, burgundy chest, gray sides and curly black tail."