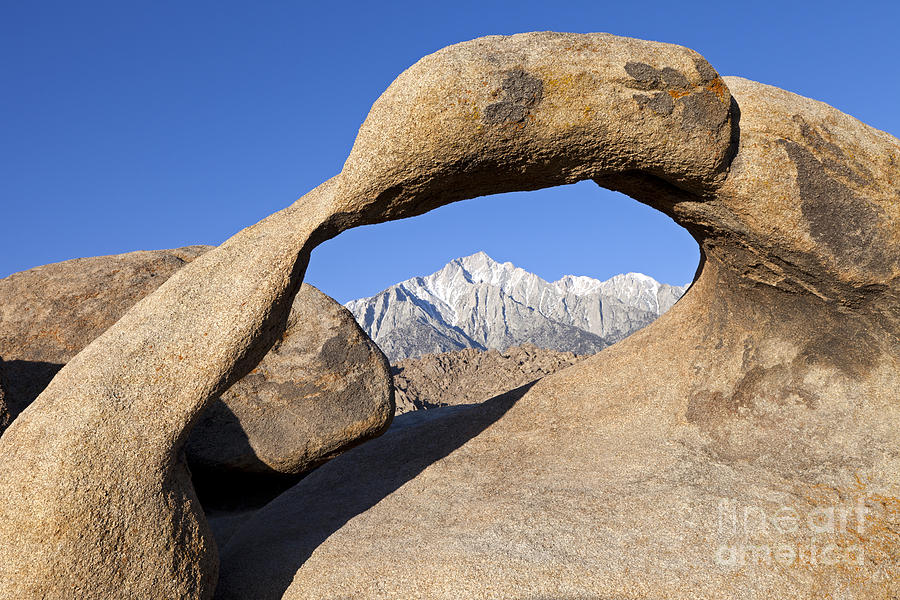 Mobius Arch, in California's Alabama Hills State Recreation Area forms a portal to view Lone Pine Peak. Since the 1920's film makers have been using the Alabama Hills as a backdrop for their movies. In the early days of motion pictures films such as "Gunga Din", "How the West Was Won", and "Yellow Sky" were filmed at a site within the recreation area known as "Movie Flats. More recently movies such as "Tremors", "Star Trek Generations," "Gladiator", "Iron Man", and "Django Unchained" were shot in the Alabama Hills.