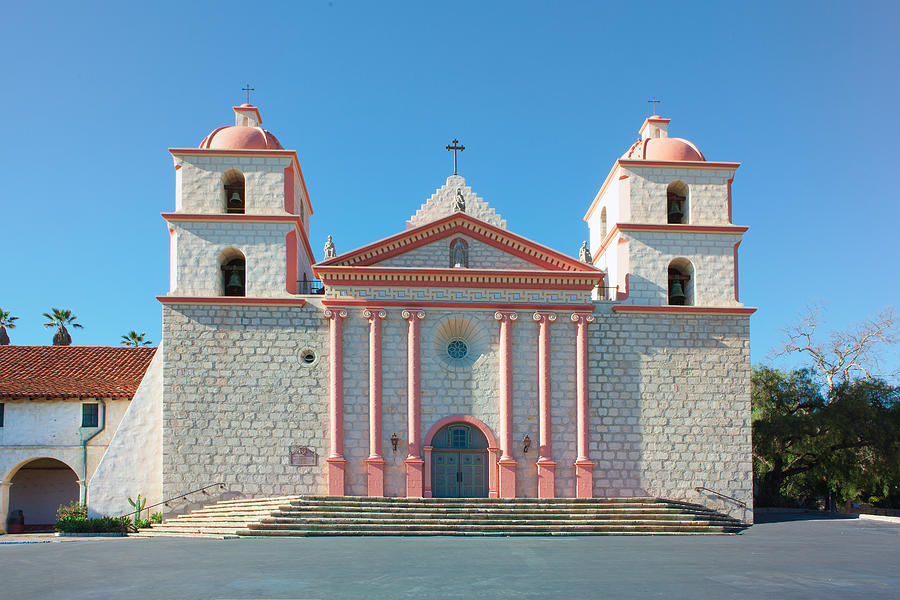 The Mission is on a rise between the Pacific Ocean and the Santa Ynez Mountains and was consecrated by Father Fermin Lasuen, who had taken over the presidency of the Califirnia mission chain upon the death of Father Presidente Junipero Serra. Mission Santa Barbara is the only mission to remain under the leadership of the Franciscan Friars since its founding, and today is a parish church of the Archdiocese of Los Angeles.

Ram -- CONGRATULATIONS!! Your beautiful artwork has been Featured by the - CATHOLIC ART GALLERY - Fine Art Group on Pixels.com, a Fine Art America Company! Thank you for sharing it !!

Love the colors of this structure! Awesome capture with such clarity! l/f/g+

I love the pink trim.