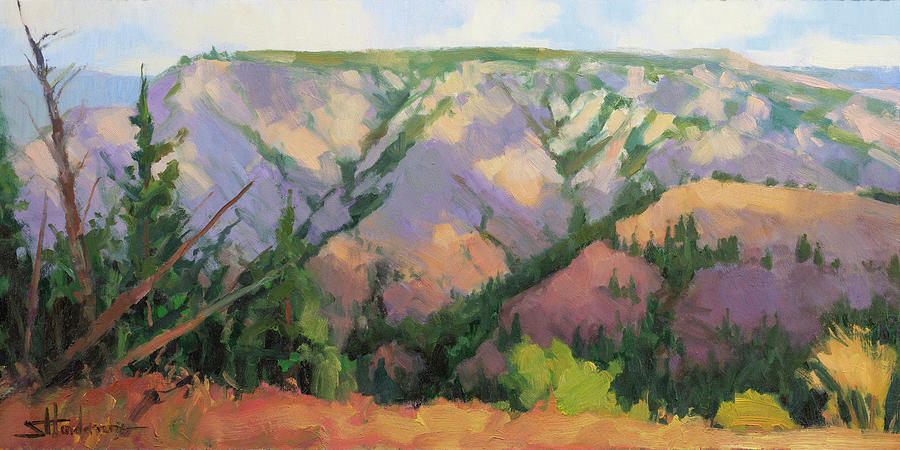 Not all highways are covered with asphalt.

Some highways are animal trails, so traversed by wildlife that the path they form is distinctive and easy to see.

Other highways are bigger, less easy to identify, but very real (a reminder to us all that just because we can’t see something, doesn’t mean that it doesn’t exist). A highway like this is, or was, the bottomlands of Joseph Canyon, located in what is now called the Wallowa-Whitman National Forest in Northeast Oregon, USA.

Not that many years ago – up to the late mid-19th century – the Nez Perce people used this area as their highway from one seasonal living space to another. In the summers, they spent their time in the Wallowa Lake area of Oregon. Come winter, they headed east and down into the canyon as they walked their way to their winter campsites along the Grande Ronde and Snake Rivers.

They did this so regularly for so many years that one could not imagine life changing because everything worked so well, so seamlessly. They were a peaceful people, and all they really wanted, like most peaceful people, was to live their lives peaceably – raising their children, living with honor, and growing old with dignity.

But such was not to be. When the U.S. Government put its weight behind eradicating the way of life of the Nez Perce and other tribes in the Pacific Northwest (having already destroyed the Indian cultures elsewhere in the nation), this regular journey, this normalcy of life for a people who literally walked through the land, ended, and now there is a parking lot (and educational display, which like most educational displays, really says nothing) at the top of the canyon.

It is beautiful here, and the area below the parking lot looks much like it did when Chief Joseph walked through with those in his tribe. But that culture, that way of life, that highway, no longer exists the way it did. It was decimated.

It is wise to learn from history. Will we, ever?

Interesting to read your description.

I’ve been here. There is an unmatched isolation and beauty that is transcendent. Thank you for the description. The cruelty heaped on the indigenous is a permanent psychic scar.

You are so right, Joe.

Congratulations, your creative and unique art work is Featured on the homepage of the "Out Of The Ordinary 1 A Day" group! 12/12/20 l/f

Congratulations your outstanding artwork has been featured on the leading page of “Impressionism” group! Please take a moment to add it to the featured art archive and the catalogs in the group’s discussions. Excellent work! Lori