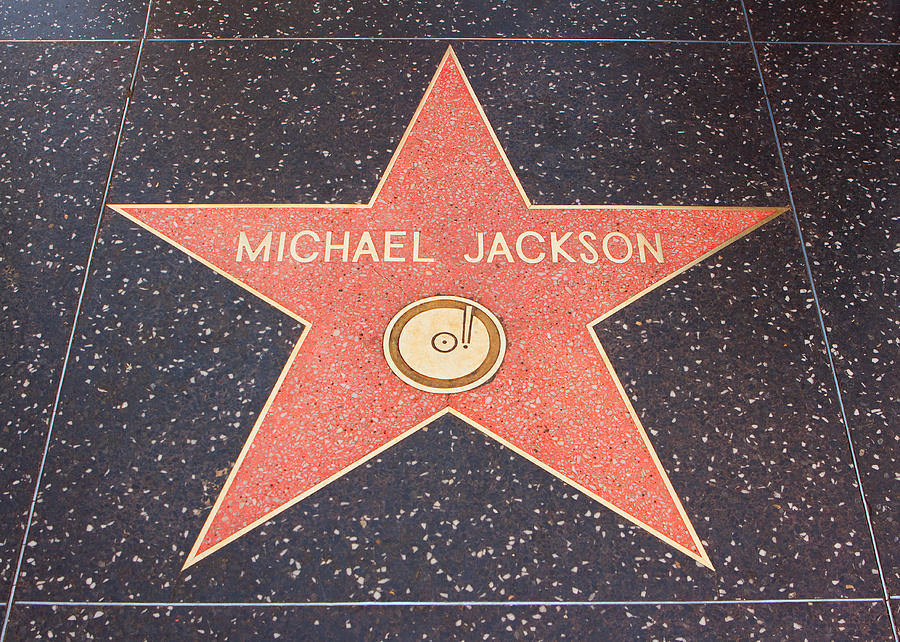 Michael Jackson's star on Hollywood Walk of Fame. The Hollywood Walk of Fame comprises more than 2,500 five-pointed terrazzo and brass stars embedded in the sidewalks along 15 blocks of Hollywood Boulevard and three blocks of Vine Street in Hollywood, California. The stars are permanent public monuments to achievement in the entertainment industry, bearing the names of a mix of actors, musicians, directors, producers, musical and theatrical groups, fictional characters, and others.

Michael Jackson (1958-2009) was an American singer-songwriter, dancer and philanthropist. The "King of Pop" is recognized as the most successful entertainer of all time. His music, dance, and fashion, along with his publicized personal lifestyle made him a global figure for over 40 years (having started in 1964 as member of the Jackson 5). He popularized a number of complicated dance techniques, such as the robot and the moonwalk. He was the most-awarded recording artist in the history of popular music and the most downloaded artist of all time. He was a generous humanitarian, having supported 39 charities in his lifetime. He died of drug overdose, sadly, and is entombed at Forest Lawn Memorial Park in Glendale, California, not far from where we live.

Thanks to the following group for featuring this work:
Street Photography, 10/28/1013

Beautiful Capture!!! Love him, miss him :(

What a neat photo !