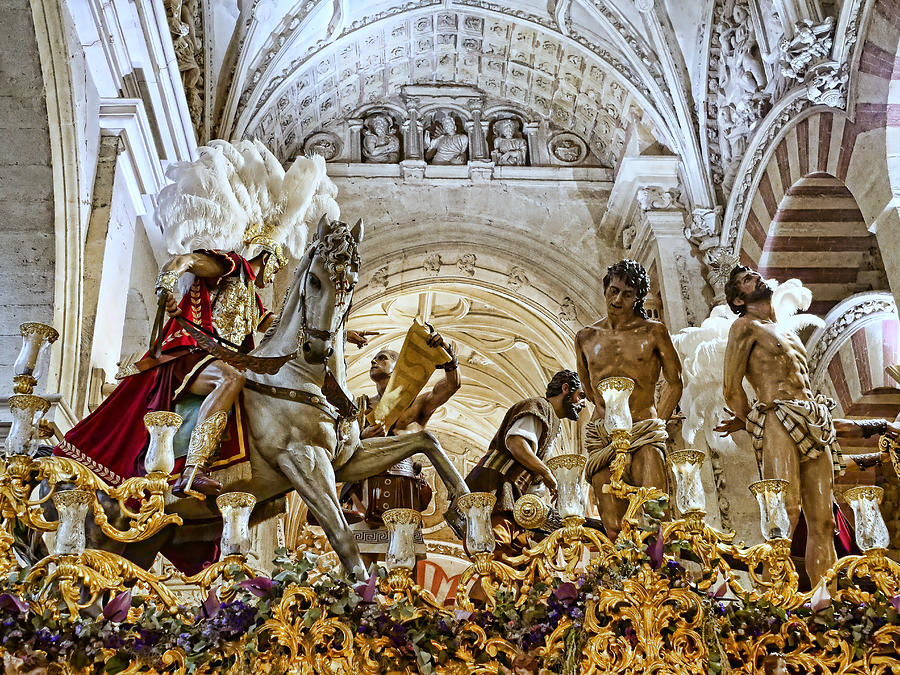 Cordoba’s most famous monument is its great Mezquita de Cordoba or Mosque of Cordoba in English – which, along with Granada’s Alhambra, is Andalusia’s most important Moorish monument. Between 987 and 1236, Cordoba’s Mezquita was one of the grandest and most important mosques in the Islamic kingdom; but when the city was reclaimed by Christians, the building was converted into a church. In the 16th century Charles V added a renaissance nave on top of the Moorish structure, creating the hybrid structure we see today.
It didn’t start out this way, but the end result of the Mezquita represents an ecumenical effort by several religions, all of which conquered Cordoba at one time. The original Roman temple was replaced by a Visigoth cathedral. It became a mosque in the 8th century when Moors captured the city. At one time this sacred Moslem pilgrimage destination held an original copy of the Koran and an arm bone belonging to Mohammed. It became a cathedral again in the 13th century when Cordoba was conquered by Christians. They left the stunning Islamic architecture of this Cordoba landmark essentially intact, simply consecrating and renaming it.
The Cathedral is a UNESCO World Heritage Site as well as one of the 12 Treasures of Spain.
Not only were we privileged to see the stunning architecture of the Cathedral but the week we were there was an anniversary of the Cathedral which was being celebrated later in the week by a procession of Catholic floats through Cordoba. Until the procession, the floats were on display throughout the Cathedral. Pictured here is one of the floats.

This image is Featured in the following FAA GRoups:

Miroslava, thank you very much for the Home Page Feature in the Million Visitors Artists Group

Lenore, thank you very much for the Home Page Feature in the Our World Gallery Group

OH Allen, I love this one. AMAZING and as always an outstanding work of art. Debra

Thank you very much Debra