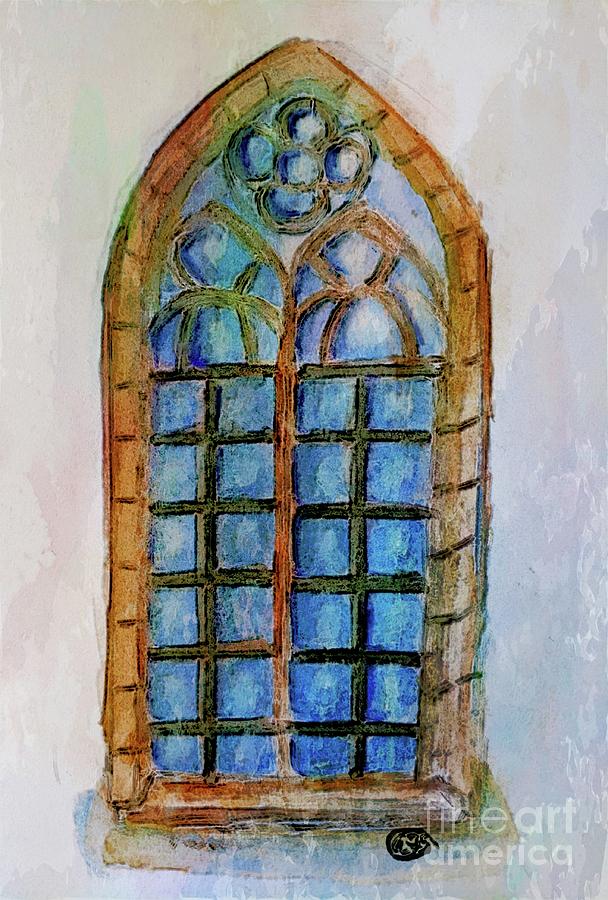 Completed in watercolor then put through digital software to enhance the colors. Windows, are openings in the wall of a building for the admission of light and air; windows are often arranged also for the purposes of architectural decoration. During early times, the window were filled with stone, wooden, or iron grilles or lights (panes) of glass or other translucent material such as mica. In the Far East, windows were made of paper. Today, windows are almost always filled with glass, though a few use transparent plastic. In Roman imperial times glazed window appeared, and fragments of glass in a bronze frame have been found in Pompeii. It is probable that the great windows in the baths of Rome must have been enclosed in some way, in order to retain the heat. The general hypothesis is that these great clerestory openings were filled, originally, with frames of bronze which subdivided the whole into small areas, each of which held a pane of glass. Most likely, glazed windows were very exceptional in Roman times; marble, mica, and shell were most often used to fill window openings.