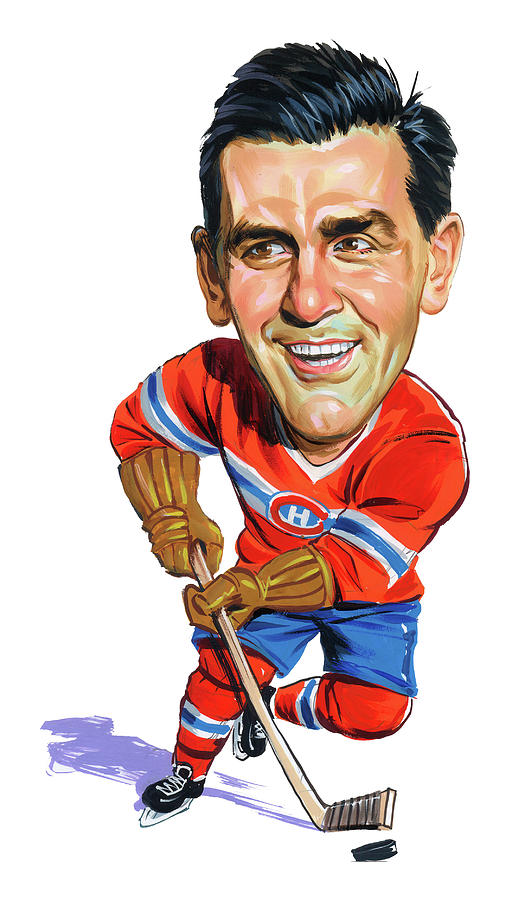 Joseph Henri Maurice "The Rocket" Richard, Sr., PC, OC, OQ (August 4, 1921 - May 27, 2000) was a French-Canadian professional ice hockey player who played for the Montreal Canadiens of the National Hockey League (NHL) from 1942 to 1960. The "Rocket" was the most prolific goal-scorer of his era, the first to achieve the feat of 50 goals in 50 games. He lived most of his life in Ahuntsic, Montreal. Richard was the first to score 50 goals in one season (the 1944�45 NHL season), doing so in 50 games, and the first to score 500 goals in a career. He finished his career with 544 goals in the regular season, with 82 in the playoffs which included a record six overtime winners (surpassed only by Joe Sakic who has eight), and led the league in goals five times. He also amassed 421 assists for a total of 965 points in 978 games. He retired as the NHL's all-time leading scorer.
Richard won the Stanley Cup eight times in Montreal, was captain for four of the five straight cup wins from 1955-56 to 1959-60, won the Hart Trophy in 1947, was elected eight times to the first all-star team and six times to the second all-star team, and played in every National Hockey League All-Star Game from 1947 to 1959. Teamed with Elmer Lach as centre and Hector 'Toe' Blake playing left-wing, they formed the "Punch Line". He was inducted into the Hockey Hall of Fame in 1961, the customary three-year waiting period being waived in his honour. Source: Wikipedia.org