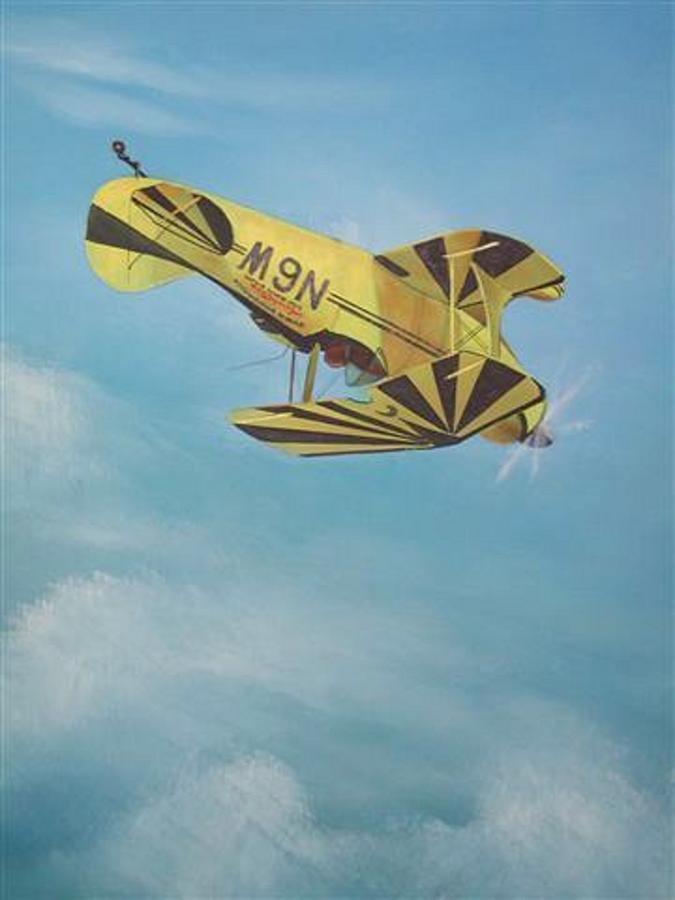 Mary Gaffaney of Miami, Florida has been the reigning queen of U.S. Aerobatics for many years. Mary was the first American ever to win a Gold Medal in World Competition, having done so at the 1970 World Championships.

Mary added to her list of fantastic flying accomplishments by winning the 1972-1973 Women’s World Aerobatic Title. Mary forged into the lead on the first flight and never relinquished it. Flying superbly, Mary held off a determined charge by the Soviet Women’s Team.

Mary also is no stranger to World Competition, having competed in East Germany and England previously.

Mary also is very well known in the aerobatic field, performing in Air Shows and competing throughout the U.S. Mary flew her beautiful black and yellow 180 hp Pitts Special at the competition.

Thanks for the feature John.

Thanks for the feature Davie.

Beautiful work, Teresa! Thank you for submitting your artwork to the Paintography Group where the image is now featured on the home page. Feel free to post this in the Featured archive in the group discussion page.section L/F

Thanks for the feature.