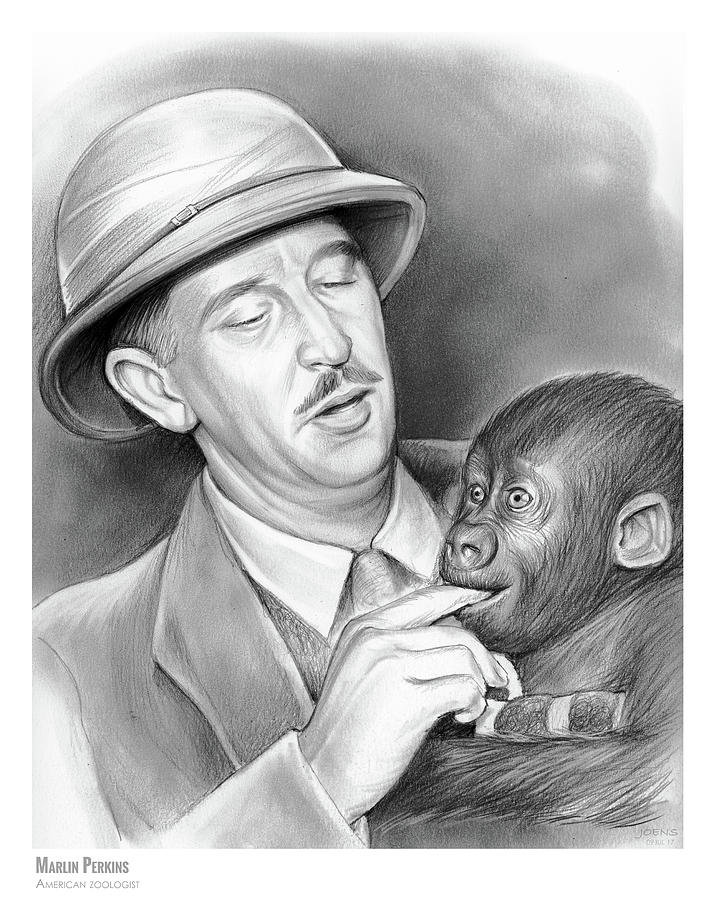 Life and career
Perkins was born on March 28, 1905, in Carthage, Missouri, the youngest of three sons of Joseph Dudley Perkins and Mynta Mae (née Miller) Perkins. When he was 7 years old, his mother nursed him through a serious bout of pneumonia and died of the illness herself. His grieving father sent his two older brothers to private school, and Marlin was sent to his Aunt Laura's farm in Pittsburg, Kansas. He attended public school there through eighth grade. In the fall of 1919, he entered Wentworth Military Academy. There, Perkins demonstrated his fascination with snakes by keeping blue racer snakes in his room. One afternoon, while exercising them on a lawn at the back of the barracks, he was spotted by a faculty officer and got in trouble for handling them.

Perkins briefly attended the University of Missouri, but quit school to become a laborer at the Saint Louis Zoological Park. He rose through the ranks, becoming the reptile curator in 1928. After being hired as a curator of the Buffalo Zoological Park in Buffalo, New York, Perkins was eventually promoted to director in 1938. He then served as director at the Lincoln Park Zoo in Chicago, Illinois, from 1944 until 1962, when he returned to the St. Louis Zoo, this time as director.

During his time at the Lincoln Park Zoo, Perkins joined Sir Edmund Hillary as the zoologist for Hillary's 1960 Himalayan expedition to search for the legendary Yeti.
Perkins was the host of Zoo Parade, a television program that originated from the Lincoln Park Zoo on NBC station WNBQ-TV (now WMAQ-TV) when he was the director there. During a rehearsal of Zoo Parade, he was bitten by a timber rattlesnake, one of several bites from venomous snakes Perkins suffered throughout his career (over the years he was also bitten by a cottonmouth and a Gaboon viper). Although the incident occurred during a pre-show rehearsal and was not filmed, it has become something of an urban legend, with many people "remembering" seeing Perkins receive the bite on television.

As a result of his work on Zoo Parade Perkins was offered the job in 1963 for which most North Americans remember him: host of the nature show Wild Kingdom. The fame he gained in his television career allowed Perkins to become an advocate for the protection of endangered species, and through Wild Kingdom he gave many Americans their first exposure to the conservation movement. Perkins also helped establish the Wild Canid Survival and Research Center (WCSRC) near St. Louis in 1971. This wolf sanctuary has been instrumental in breeding wolves for eventual re-placement into their natural habitats.
Perkins retired from active zookeeping in 1970 and from Wild Kingdom in 1985 for health reasons.
Perkins remained with the Saint Louis Zoo as Director Emeritus until his death on June 14, 1986, when he died of cancer.