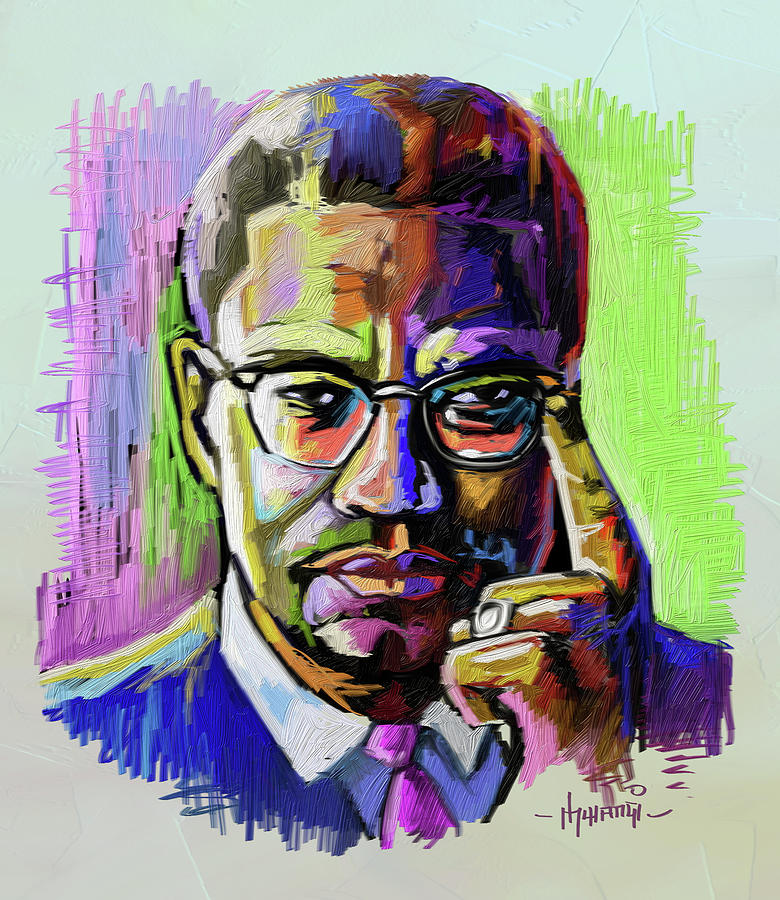 El-Hajj Malik El-Shabazz aka Malcolm X, was an American human rights activist who was a popular figure during the civil rights movement. He is best known for his staunch and controversial black racial advocacy, and for his time spent as a vocal spokesman for the Nation of Islam.

Need I say much about this controversial figure? www holds a wealth of information about Malcom X. Born 19 May 1925, Died 21 February 1965. RIP El-Hajj Malik El-Shabazz

Your use of color is brilliant!!

Thank you very much Hans