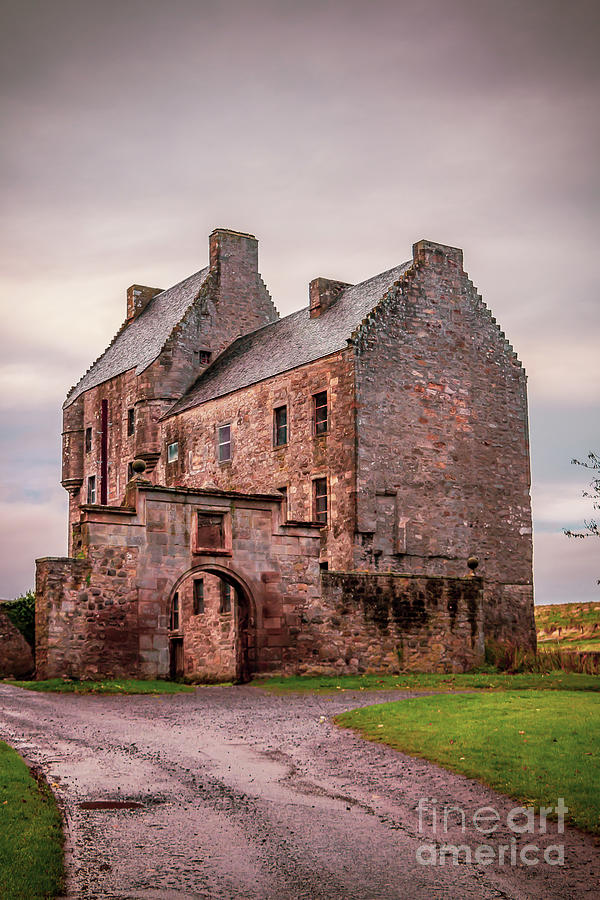 Ah Lallybroch, otherwise known as Midhope Castle, is located just west of Edinburgh on the Hopetoun Estate. This is the famous home for the Fraser family in the television series Outlander based on the Outlander books by Diana Gabaldon. I have read all the books....some multiple times. I have watched the show since it's conception. Seeing Midhope Castle in person was nothing less than thrilling. It's a wonderful example of 16th century castle. I found this information on a website, Midhope Castle, The Castles of Scotland.
"The property was owned by the Martin family in 1478, and they had a castle here, but passed to the Livingstone's soon afterwards. James Lindsay, Lord Lindsay, had a ratification of 1592 for the lands of Midhope, with the tower and fortalice thereof. Midhope belonged to the Drummond's of Midhope, who were in possession during part of the 16th and 17th centuries, and Alexander Drummond of Midhope remodelled the tower in 1587 and his initials with those of his wife Marjorie Bruce are on a former lintel now above a gateway. Alexander Drummond of Midhope is on record in the 1640's, then Sir Robert Drummond of Midhope in 1647 and 1661. The property passed to the Livingstones in 1664, and the intials of George Livingstone, 3rd Earl of Linlithgow are on a lintel, then went to the Hopes in 1678 and they remodelled the building. In 1710 the place was described as ‘a fine towerhouse with excellent gardens, one of the seats of the Earls of Hopetoun’. Midhope Castle was used to house farm workers after the building of nearby Hopetoun House, and in 1851 53 people lived here, but it was later abandoned and is now semi-derelict, although the outside was consolidated in 1988. The castle lies on the extensive Hopetoun estate. The castle is used as a location in the TV series Outlander, being Lallybroch, home to Jamie (Outlander locations in Hopetoun estate)." (https://www.thecastlesofscotland.co.uk/the-best-castles/scenic-castles/midhope-castle/)

We were very fortunate to have Midhope Castle just to ourselves. We stayed at The Parkhead House which is on the Hopetoun Estate. We drove up to Midhope, explored the grounds and took many photographs. The Hopetoun Estate is the fictional home the Duke of Sandringham in the first season of Outlander. I highly recommend the Parkhead House B & B, especially if you are an avid Outlander fan like I am! Slainte!

Elizabeth, congrats on your stunning feature in Images That Excite You. f/l