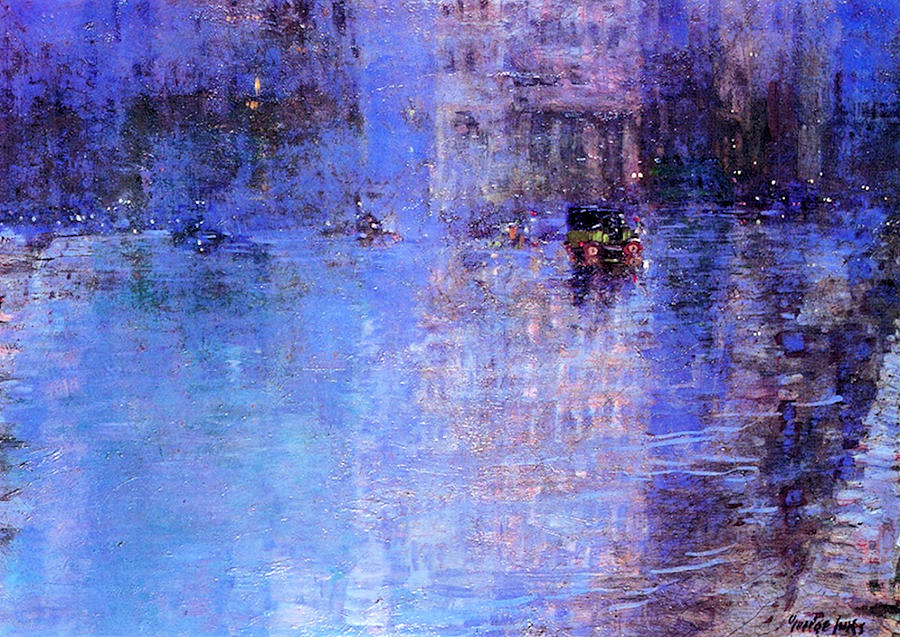 This is a reproduction of “Madison Square” by George Luks of about 1920. This is an early work of the artist and it is within the Ashcan School . It depicts a the urban landscape of Madison Square in New York City. The artist was born in Pennsylvania and grew up observing his parents’ helping those in poverty. He studied briefly at the Pennsylvania Academy of Fine Arts, but soon left for Europe to study in various art schools across the continent. He returned to Philadelphia in 1893 when aged tenty-six years. He became an illustrator for a local newspaper and made contacts with other young artists. He moved to New York City three years later working for another paper. He joined students of Robert Henri and together with them became one of “The Eight” who exhibited together in 1908. This founded the Ashcan School and Luks became recognized as a master of bold colors. He became a teacher and was known for his charismatic force in the classroom. He died in a barroom brawl on October 29, 1933 and his funeral was packed with students, artists and fiends. He is buried in the Fernwood Cemetary in Rogersford, Pennsylvania. This masterpiece is currently in a private collection. It is an oil on canvas and measures 81.28 by 111.76 centimeters.