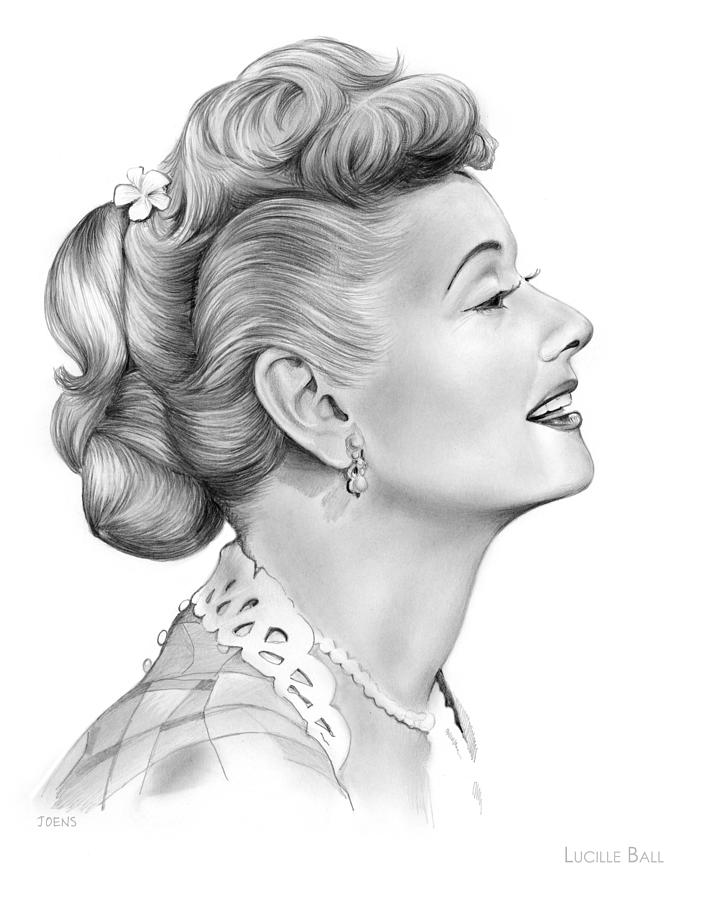 (August 6, 1911 � April 26, 1989) was an American actress, comedienne, model, film studio executive, and TV producer. She was the star of the sitcoms I Love Lucy, The Lucy�Desi Comedy Hour, The Lucy Show, Here's Lucy, and Life with Lucy.

Ball's career in the spotlight began in 1929, when she landed work as a model. Shortly thereafter, Lucille began her performing career on Broadway using the stage name Diane Belmont and Dianne Belmont. She performed many small movie roles in the 1930s and 1940s as a contract player for RKO Radio Pictures, being cast as a chorus girl, or in similar roles. In the midst of her work as a contract player for RKO, Ball met Cuban bandleader Desi Arnaz. The two eloped on November 30, 1940.

During the 1950s, Lucille Ball became a television star. In 1951, Ball and Arnaz created the television series I Love Lucy, a show that would go on to be one of the most beloved programs in television history. On July 17, 1951, at almost forty years of age, Ball gave birth to their first child, Lucie D�sir�e Arnaz. A year and a half later, she gave birth to their second child, Desiderio Alberto Arnaz IV, known as Desi Arnaz, Jr. Ball and Arnaz divorced on May 4, 1960.

In 1962, Ball became the first woman to run a major television studio, Desilu. Her studio produced many successful and popular television series, including Mission: Impossible and Star Trek. She continued making film and television appearances for most of the rest of her life, albeit without ever attaining the success she enjoyed in the 1950s.

Ball was nominated for an Emmy Award thirteen times and won four times. In 1977, Ball was among the first recipients of the Women in Film Crystal Award.[6] She was the recipient of the Golden Globe Cecil B. DeMille Award in 1979, the Lifetime Achievement Award from the Kennedy Center Honors in 1986, and the Governors Award from the Academy of Television Arts & Sciences in 1989.

On April 26, 1989, at the age of 77, Ball died of an abdominal aortic dissection. At the time of her death, she had been married to standup comedian Gary Morton, her business partner and second husband, for more than 27 years.