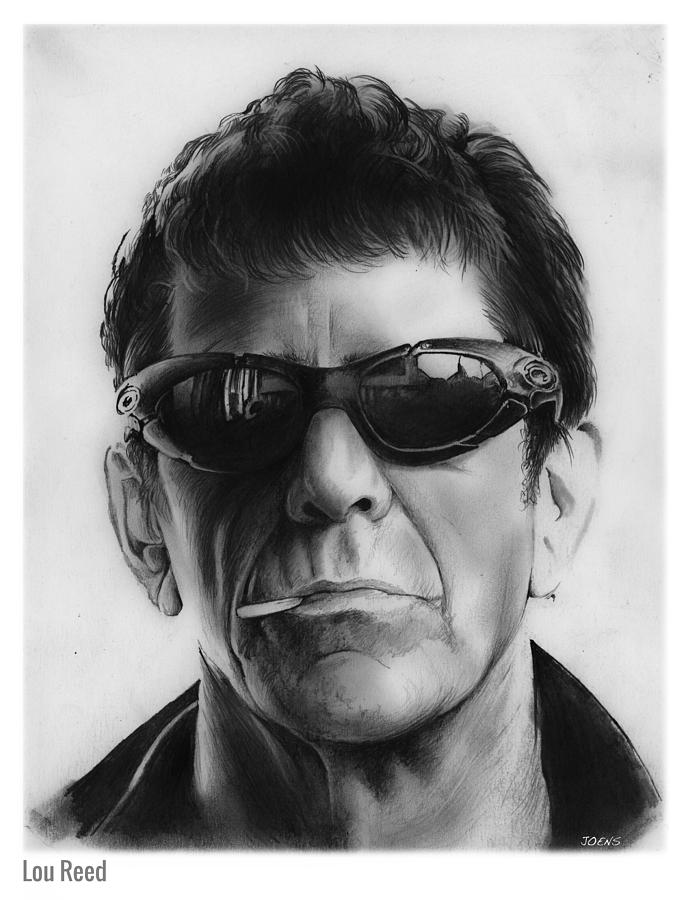 He was the guitarist,
vocalist, and principal songwriter of the Velvet Underground,
and his solo career spanned several decades.

The Velvet Underground was a commercial failure in the late 1960s,
but the group gained a considerable cult following in the years since its demise
and has gone on to become one of the most widely cited and influential bands of the era.

Brian Eno famously stated that, while the Velvet Underground's debut album sold only 30,000 copies,
"everyone who bought one of those 30,000 copies started a band."

Reed began a solo career in 1972. He had a hit the following year with "Walk on the Wild Side"
but this level of mainstream commercial success was not repeated.[4] Reed was known for his
distinctive deadpan voice and poetic lyrics, and for pioneering and coining the term ostrich guitar tuning.