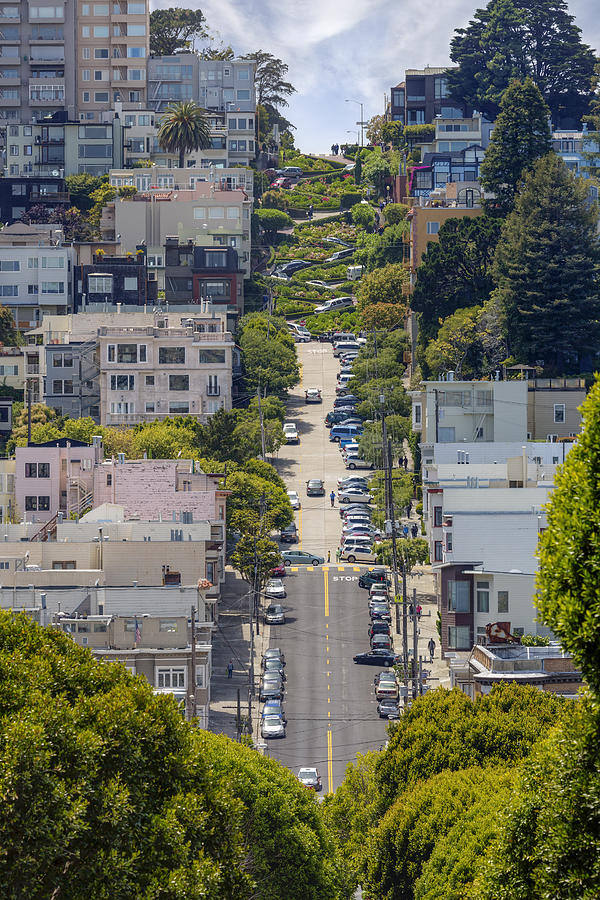 Lombard Street - known as the world's "Crookedest Street", shot from a distance near Telegraph Hill.

Lombard Street is known for the one-way block on Russian Hill between Hyde and Leavenworth Streets, where eight sharp turns are said to make it the crookedest street in the world. The design, first suggested by property owner Carl Henry and built in 1922, was intended to reduce the hill's natural 27% grade, which was too steep for most vehicles. It is also a hazard to pedestrians, who are accustomed to shallow inclines, up to 4.86 deg because of wheel chair navigability concerns. The crooked block is perhaps 600 feet long (412.5 feet straight line), is one-way (downhill) and is paved with red bricks.