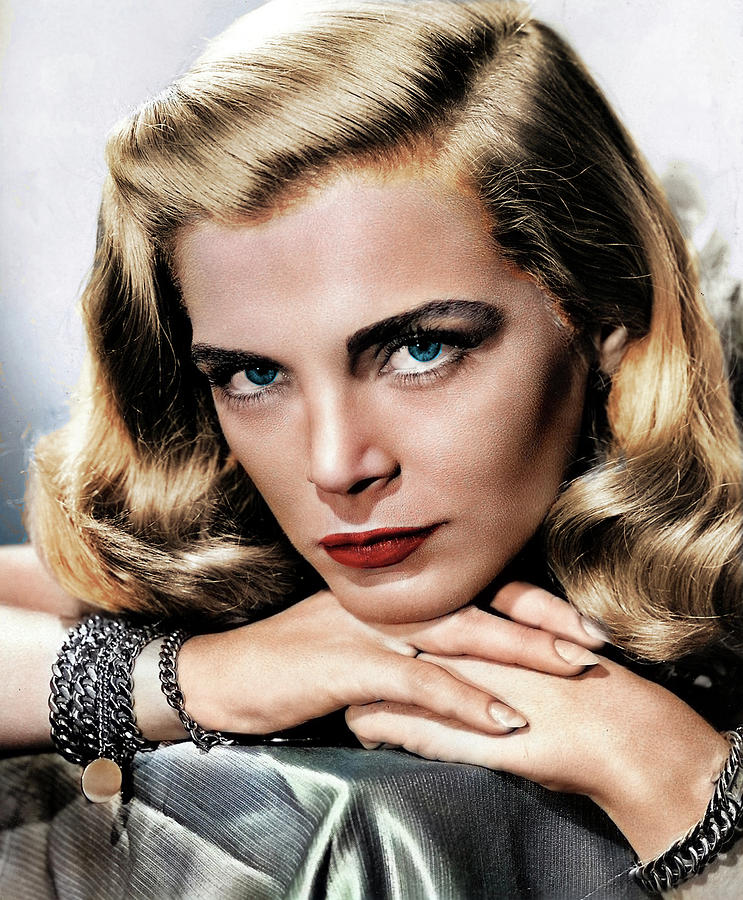 A colorized vintage portrait of Lizabeth Scott (1922-2015), an American actress, known for her "smoky voice" and considered "the most beautiful face of film noir during the 1940s and 1950s". She was the oldest of six children to parents who immigrated from Ukraine or Russia. Scott attended Marywood Seminary and the Alvienne School of the Theatre in New York City, where she adopted the stage name of "Elizabeth Scott."