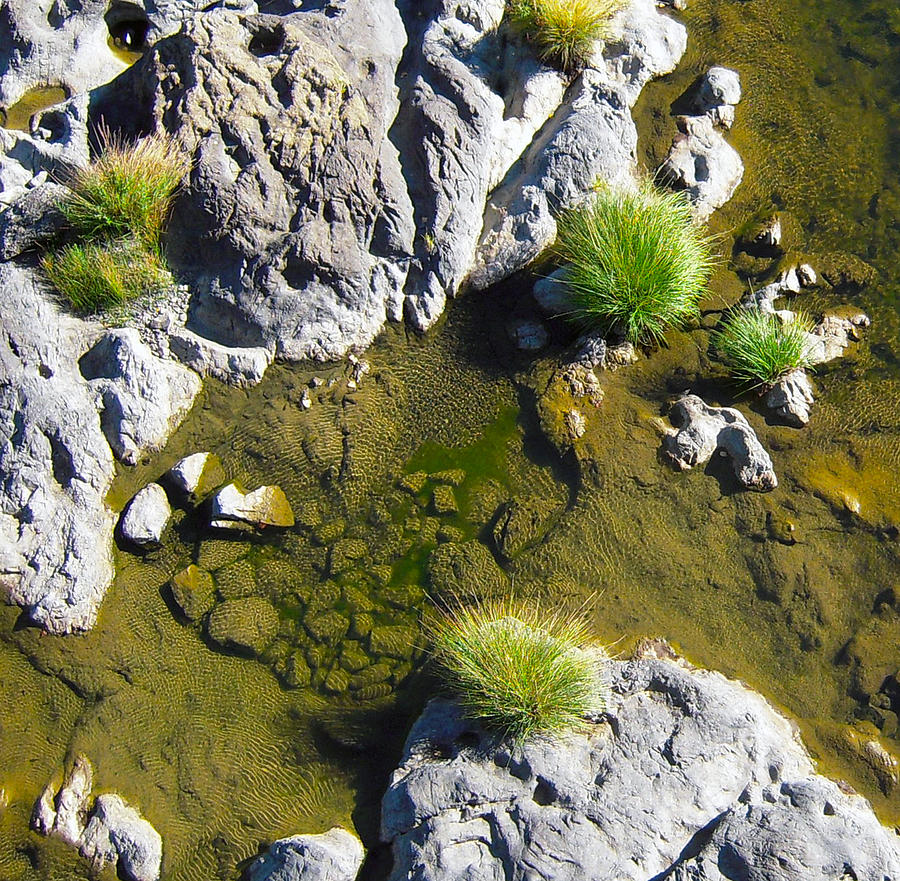 While photographing the Umpqua River in Southern Oregon, I saw this little pool and fell in love with the textures and colors and the serenity of this tiny spot on the edge of the river

The Umpqua River (/ˈʌmpkwə/ ump-kwə) on the Pacific coast of Oregon in the United States is approximately 111 miles (179 km) long. One of the principal rivers of the Oregon Coast and known for bass and shad, the river drains an expansive network of valleys in the mountains west of the Cascade Range and south of the Willamette Valley, from which it is separated by the Calapooya Mountains. From its source northeast of Roseburg, the Umpqua flows northwest through the Oregon Coast Range and empties into the Pacific at Winchester Bay. The river and its tributaries flow entirely within Douglas County, which encompasses most of the watershed of the river from the Cascades to the coast. The "Hundred Valleys of the Umpqua" form the heart of the timber industry of southern Oregon, generally centered on Roseburg.
The Native Americans in the Umpqua's watershed consist of several tribes, such as the Umpqua (a band of the Coquille for which the river is named), and the Kalapuya. These tribes witnessed much of the Great Flood of 1862, during which the Umpqua and other rivers rose to levels so high that even the oldest Indians had never seen a greater flood.

The South Umpqua River is a tributary of the Umpqua River, approximately 115 miles (185 km) long, in southwestern Oregon in the United States.[4] It drains part of the Cascade Range east of Roseburg. The river passes through a remote canyon in its upper reaches then emerges in the populated South Umpqua Valley east of Canyonville.

Love the compo and pov here!

Congratulations your creative art is featured in the GREEN group!

Phillip, I know what you mean..lol.. this little box on my desk has the biggest art gallery in the world and I have a hard time pulling myself away. But it also inspires me and I can't wait to get to my digital work or a canvas. It is amazing to meet other wonderful artists here. I am so grateful!

Thank you, Chris..I find it fascinating when I look through some of my photos what is really in them. This one surprised me.