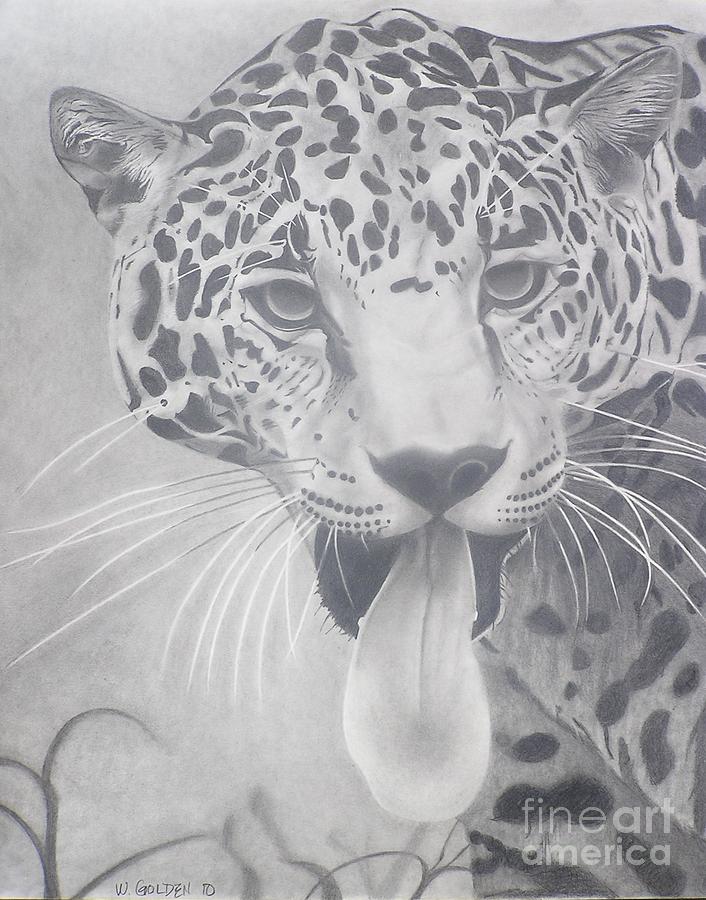 The leopard, is a member of the Felidae family and the smallest of the four "big cats" in the genus Panthera, the other three being the tiger, lion and jaguar. Once distributed across eastern and southern Asia and Africa, from Siberia to South Africa, the leopard's range of distribution has decreased radically because of hunting and loss of habitat. It is now chiefly found in sub-Saharan Africa; there are also fragmented populations in Pakistan, India, Sri Lanka, Indochina, Malaysia, and China. Because of its declining range and population, it is listed as a "Near Threatened" species by the IUCN.

Very dramatic use of one color. L/V/F

A wonderful drawing of this amazing cat. I love your art Wil!

Thanks Emna...I appreciate your comment on my art work!

Thanks Joni for the wonderful comment. A true compliment coming from you.

Thanks Stephanie for the nice comment...I appreciate you!

This is so good, Keep going. Joni