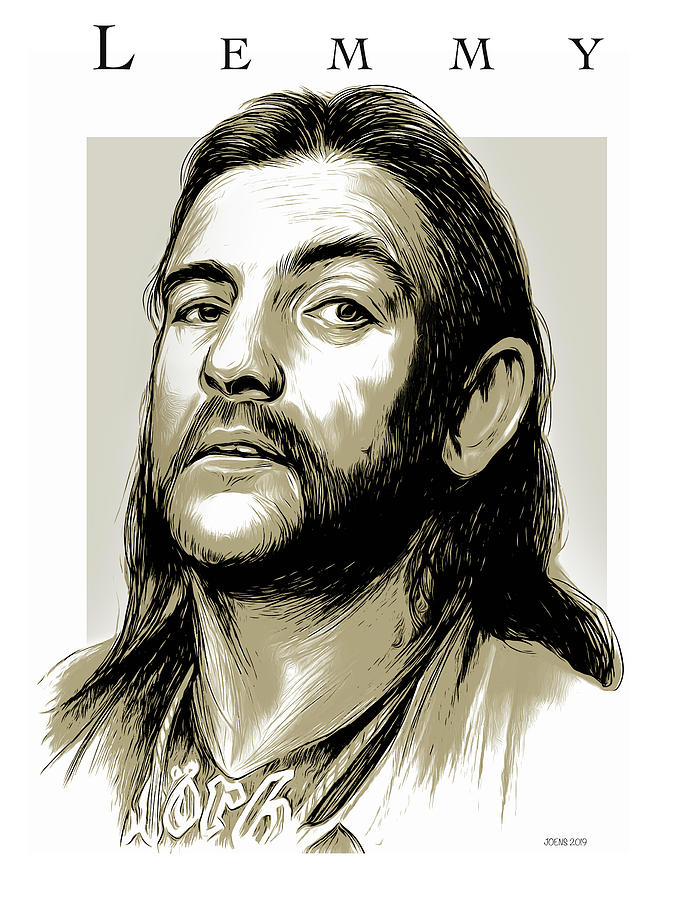 Lemmy's music was one of the foundations of the heavy metal genre.[1] He was known for his appearance, including his friendly mutton chops; gravelly, raspy singing voice, which was declared "one of the most recognisable voices in rock"; and his way of singing, looking up towards "a towering microphone tilted down into his weather-beaten face".[2] He was also known for his bass playing style, using his Rickenbacker bass to create an "overpowered, distorted rhythmic rumble".[2] Another unique aspect of Lemmy's bass sound is that he often played power chords using growling overdriven Marshall tube bass stacks. Alongside his music career, he also had minor roles and cameos in film and television.

Lemmy was born in Stoke-on-Trent, growing up between there and later Anglesey. He was influenced by rock and roll and the early works of The Beatles, which led to him playing in several rock groups in the 1960s; including The Rockin' Vickers. He worked as a roadie for Jimi Hendrix and The Nice, before joining the space rock band Hawkwind in 1971, singing lead vocals on their hit "Silver Machine". After being fired from Hawkwind for drug possession in 1975, he founded Motörhead during the same year as the lead singer, bassist, and songwriter. Motörhead's success peaked in 1980 and 1981 and included the hit single "Ace of Spades" and the chart-topping live album No Sleep 'til Hammersmith.

Lemmy continued to record and tour regularly with Motörhead until his death in December 2015 in Los Angeles, California, where he had lived since 1990. Aside from his musical activities, he was well known for his hard-living lifestyle, which included chain-smoking and regular consumption of alcohol and amphetamines. He died on 28 December 2015 of prostate cancer. source: Wikipedia