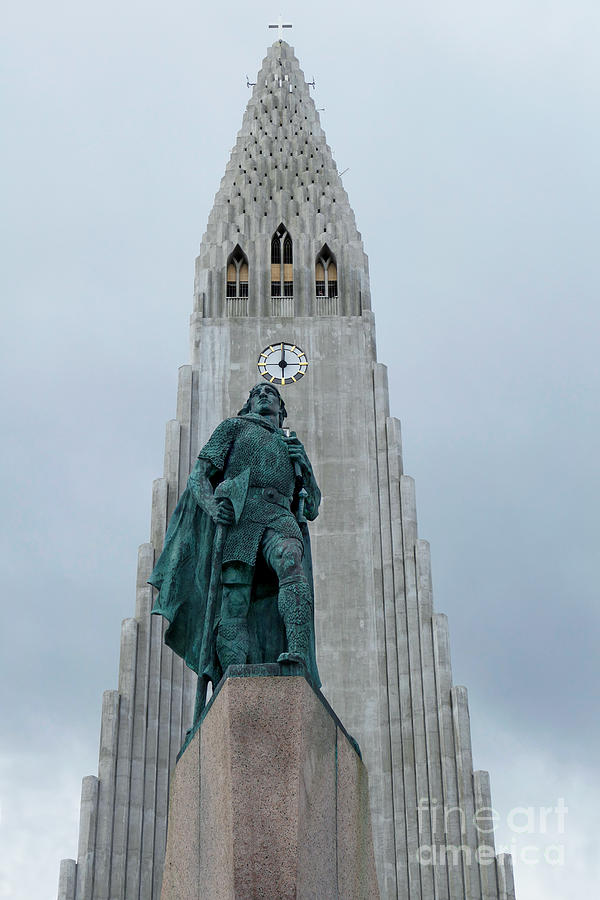 A statue of Leif Erikson or Leif Ericson stands in front of Hallgrimskirkja, a church in Reykjavik, Iceland. Erikson (c. 970 – c. 1020) was a Norse explorer from Iceland. He was the first known European to have discovered continental North America (excluding Greenland), before Christopher Columbus. The statue was a gift from the United States in honor of the 1930 Althing Millennial Festival, commemorating the 1000th anniversary of Iceland's parliament at Thingvellir in 930 AD.

Hallgrímskirkja ( church of Hallgrímur) is a Lutheran (Church of Iceland) parish church in Reykjavík, Iceland. At 74.5 meters (244 ft) high, it is the largest church in Iceland and among the tallest structures in Iceland. The church is named after the Icelandic poet and clergyman Hallgrímur Pétursson (1614–1674), author of the Passion Hymns.

The church is in the center of Reykjavík. It's is one of the city's best-known landmarks and is visible throughout the city. You can take an elevator to the top to an observation tower, where you can look out over the city and mountains. If you look closely, you can see people with cameras looking out of the windows in the tower. It took 41 years to build the church: construction started in 1945 and ended in 1986.