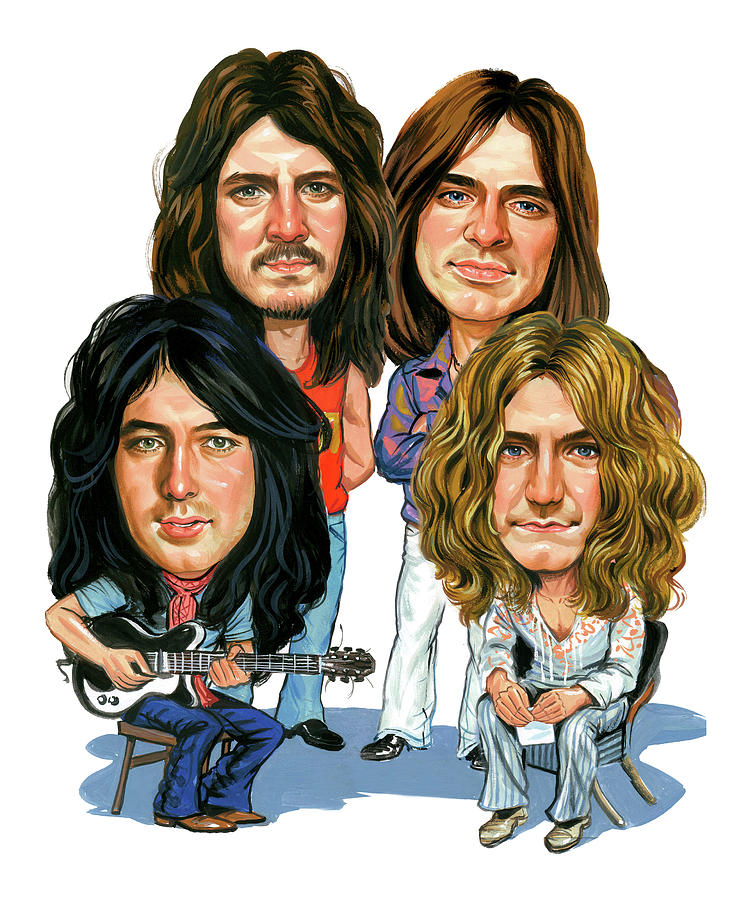 Led Zeppelin were an English rock band, active in the late 1960s and throughout the 1970s. Formed as the New Yardbirds in 1968, they consisted of guitarist Jimmy Page, singer Robert Plant, bassist/keyboardist John Paul Jones, and drummer John Bonham. The band are widely considered to be one of the most successful, innovative and influential groups in the history of music. After changing their name, the band signed a favourable deal with Atlantic Records that allowed them considerable artistic freedom. Led Zeppelin did not release songs from their albums as singles in the United Kingdom, as they preferred to establish the concept of album-orientated rock. Their first two albums, with their heavy, guitar-driven blues rock sound, led to Led Zeppelin being regularly cited as one of the progenitors of heavy metal and hard rock, even though the band's individualistic style drew from varied sources and transcends any single music genre. Their next two albums incorporated wider musical influences, particularly from folk music; the fourth, untitled album, which featured the track "Stairway to Heaven", is among the most popular and influential works in rock music, and it cemented the status of the group as "superstars". Subsequent albums saw greater musical experimentation and were accompanied by record-breaking tours, which, like the group's previous, earned them a reputation for excess. Although they remained commercially and critically successful, in the later 1970s the band's output and touring schedule were limited by the personal difficulties and circumstances of the members. Led Zeppelin disbanded following Bonham's sudden death in 1980. Since 1980, the surviving members have pursued solo careers and have been involved in a series of collaborations and one-off reunions. In 2007, 27 years after the group disbanded, the surviving members of Led Zeppelin reunited (along with John Bonham's son, Jason) for the Ahmet Ertegun Tribute Concert at The O2 Arena in London. The band were honoured with the "Best Live Act" prize for their one-off reunion at MOJO Awards 2008, where they were described as the "greatest rock and roll band of all time". Led Zeppelin are one of the best-selling music artists. Various sources estimate the group's sales at more than 200 or 300 million albums worldwide. Their 111.5 million certified units in the United States rank them as the second-best-selling band in the US. Each of their nine studio albums reached the top 10 of the Billboard album chart in the US, with six reaching the number-one spot. Rolling Stone magazine described them as "the heaviest band of all time", "the biggest band of the '70s" and "unquestionably one of the most enduring bands in rock history". Similarly, the Rock and Roll Hall of Fame stated that, in the 1970s the band were "as influential in that decade as The Beatles were in the prior one". Source: Wikipedia.org