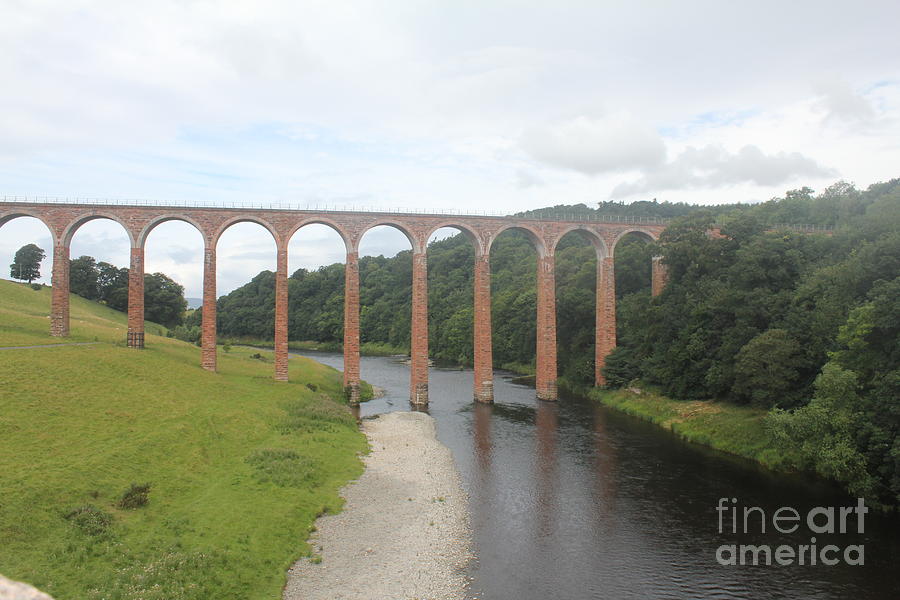 One of two major railway viaducts crossing the Tweed (the other being at Berwick), this bridge is no longer in use. Built for the Berwickshire Railway it carried a single track railway on the branch line from St Boswells (on the old Waverley Line) to Duns and Reston in east Berwickshire. It later became part of the North British Railway, the LNER and British Railways Scottish Region. As a result of severe flooding in August 1948 the line was severed and this section of the line was finally closed in 1965.

Congratulations on your feature in the group, Arches-For Artists and Buyers! Please consider embedding your image in our Features Archive! Beautiful work!

Thank you for another feature, Lisa