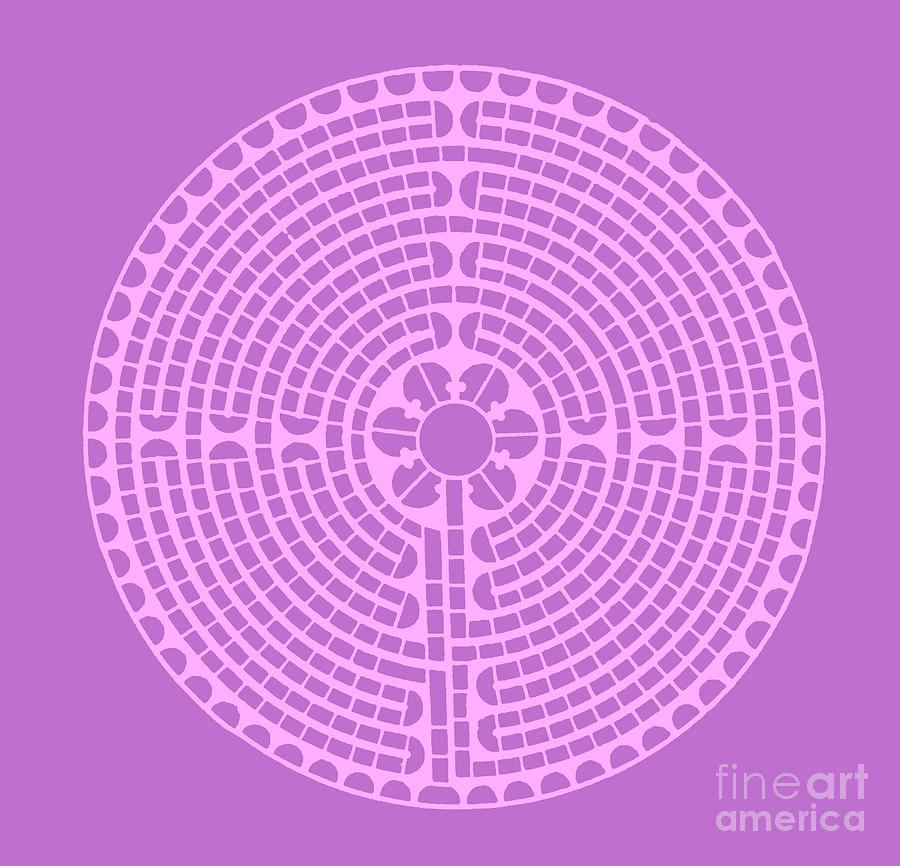 Lavender Labyrinth, In Greek mythology, the Labyrinth (Greek: Labýrinthos) was an elaborate, confusing structure designed and built by the legendary artificer Daedalus for King Minos of Crete at Knossos. Its function was to hold the Minotaur, the monster eventually killed by the hero Theseus. Daedalus had so cunningly made the Labyrinth that he could barely escape it after he built it. In English, the term labyrinth is generally synonymous with maze. As a result of the long history of unicursal representation of the mythological Labyrinth, however, many contemporary scholars and enthusiasts observe a distinction between the two. In this specialized usage maze refers to a complex branching multicursal puzzle with choices of path and direction, while a unicursal labyrinth has only a single path to the center. A labyrinth in this sense has an unambiguous route to the center and back and presents no navigational challenge.