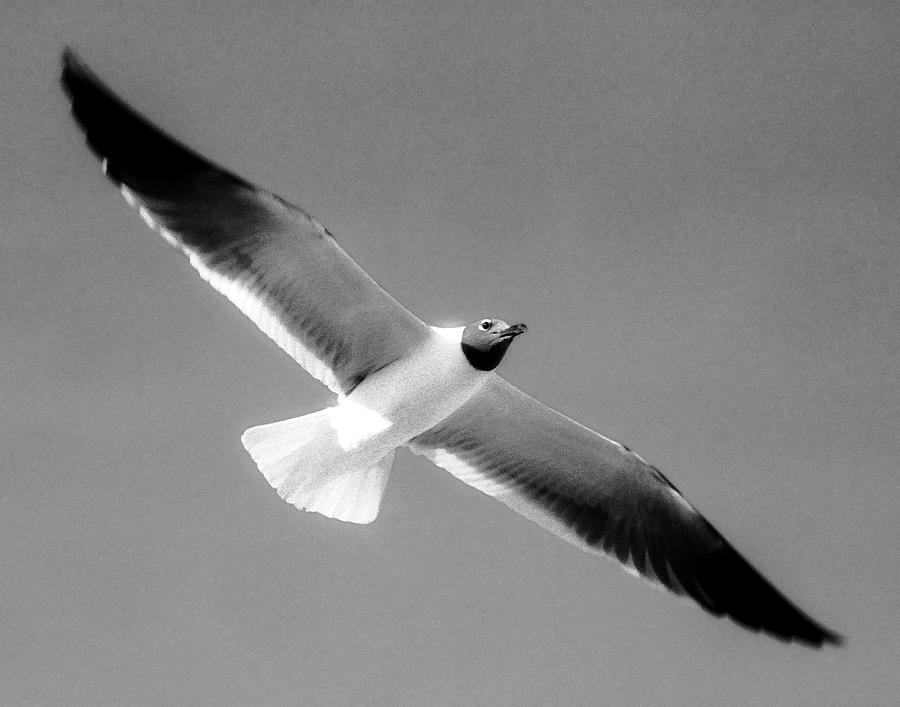 This was taken on a trip to view the Apollo 16 launch.

The male and female Laughing Gull usually build their nest together. If a male cannot find a mate, he may start building a nest platform and then use it to attract a female.

The Laughing Gull is normally diurnal, or active during the day. During the breeding season it forages at night as well. It usually looks for food along the beach at night, but will also hover to catch insects around lights.

The adult Laughing Gull removes the eggshells from the nest after the eggs hatch. If the shells are not removed, a piece can become lodged on top of the slightly smaller unhatched third egg and prevent it from hatching.

Nest colonies in the northeastern United States were nearly eliminated by egg and plume hunters in the late 19th century. Populations have increased over the last century, following protection.

The oldest known Laughing Gull was at least 22 years old when it was killed in Maine in 2009, the same state where it had been banded in 1987.

Thank you Kay for your great comment and fav!!

Congratulations!! This stunning Black and White image has been selected to be featured for the week in the "Creative Black and White Fine Art Photographs" Group’s Home Page!! You are welcome to add a preview of this featured image to the group’s discussion post titled “2019 February: Stunning Group Featured Images and Feature Thank-you’s” for a permanent display within the group, to share this achievement with others. You may also share your featured image to our group Facebook page: https://www.facebook.com/groups/2428820430682266/ Thank you for your group participation! (February 6, 2019)

Jan, thank you for the feature for the week in the "Creative Black and White Fine Art Photographs" Group’s Home Page and the fav!! :)

Thanks Ann, I appreciate your great comment and the l/f!! :)

Thank you very much Phill for the l/f and the great comment!!