Last Of The Buffalo Hunt 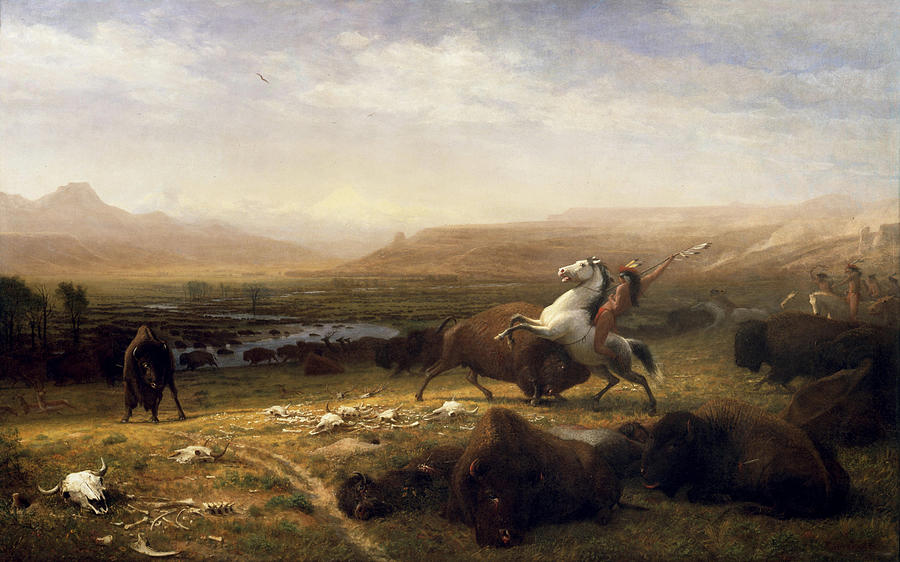 Last Of The Buffalo Hunt

This reproduction is of the total painting of Albert Bierstadt's Last of the Buffalo of 1888. By the time of this painting's production both the buffalo and the tribes of Native Americans on the Plains were almost extinct. Starting in the 1870's Bufalo hunters had responded to fashion's demands and money to ruthless hunt the iconic grazers of the American Plaints. Bierstadt was born in 1830 Solingen, Germany and moved with his family to Massachusetts the next year. He was a member of the Hudson River School founded by Thomas Cole and first went west in 1859. Though he sold his works for handsome prices, he was not fully appreciated by contemporary art critics. Nevertheless he was elected to the National Academy in 1860. He died in 1902 New York City. This oil on canvas is in the Corcoran Gallery of Art, Washington, D. C.