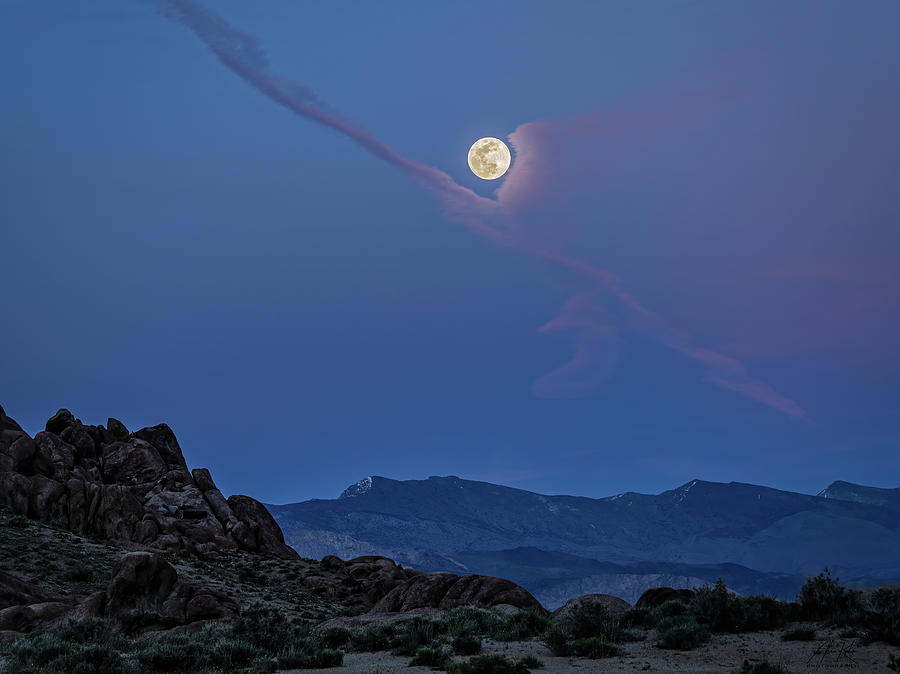 .Alabama Hills are a "range of hills" and rock formations near the eastern slope of the Sierra Nevada Mountains in the Owens Valley, west of Lone Pine in Inyo County, California. Wikipedia.

The Bureau of Land Management and the Alabama Hills Stewardship Group care for this area with the goal of preserving the hills in as close as natural state as possible for the enjoyment of future generations.
The hills were named after the C.S.S. Alabama, a Confederate warship responsible for wreaking havoc during the Civil War. Prospectors sympathetic to the Confederate cause named their mining claims after the Alabama and eventually the name stuck.
Beginning in 1920 Hollywood filmmakers began to take an interest in the area, since then over 400 movies have been filmed here.

Movie stars such as Tom Mix, Hopalong Cassidy, Gene Autry and the Lone Ranger, have been shooting it out with outlaws. Classics such as Gunga Din, Yellow Sky, and How the West was Won, were filmed at sites now known as "Movie Flats".

The 1990 Sci-Fi classic Tremors was filmed almost entirely on location in the Alabama Hills. During 1993 portions were filmed for Maverick. A massive set was built in the Alabama's formations and filming continued for three weeks. Some movies filmed here more recently have been Star Trek Generations, Gladiator, Iron Man, and Django Unchained.

Thank you for your visit and for considering my fine art works. Feel free to browse my artworks and galleries to find something that you would like for your home or office. You can select a print, greeting card, cell phone cover, tote bag, throw pillow or duvet cover. You can adjust the image so that it fits perfectly for each product. Your product is guaranteed to your satisfaction by Fine Art America. Please contact me if you have any questions. Also, I appreciate comments on the photos and social media support. Come back again as new images are being added with each trip.

Thanks so much Beverly!