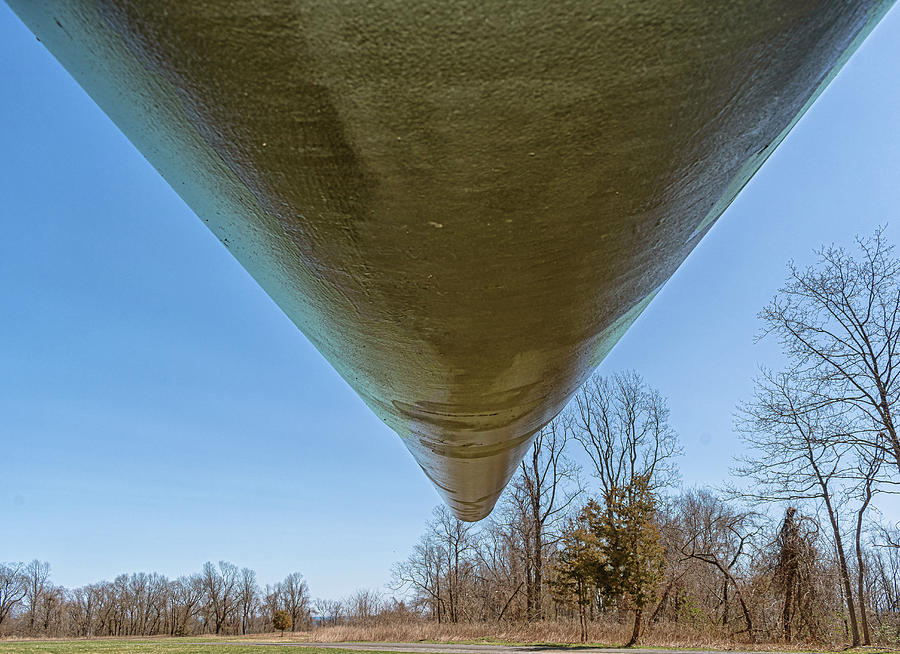 Hartshorne Woods in Central New Jersey includes a portion of the park that was part of the national defense system in World War II and the cold war. A 16" gun was placed here in Battery Lewis that was operated by a 42-man gun section; the gun had a reach of 25.4 miles into the Atlantic Ocean. After World War II the actual gun was removed and this 16", 50 caliber Mark 7 Navy gun barrel from the U.S.S. New Jersey was placed here. This location in the Highlands is one of the highest points on the Eastern seaboard coastline and affords sweeping views of the ocean, barrier reefs and the Navesink River. The projecting gun barrel over the landscape created a surreal effect which is captured here. The gun was not superimposed; this is what the scene looked like standing under the gun barrel.