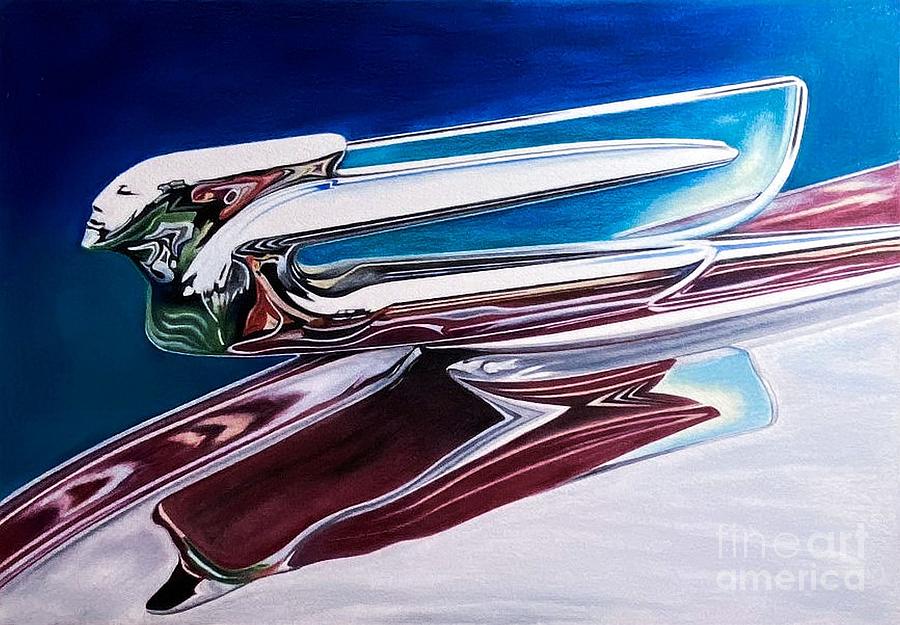 My colored pencil drawing of a 1939 LaSalle Cadillac hood ornament.

From Wikapedia
"LaSalle was an American brand of luxury automobiles manufactured and marketed, as a separate brand, by General Motors' Cadillac division from 1927 through 1940. Alfred P. Sloan, GM's Chairman of the Board, developed the concept for four new GM marques brands - LaSalle, Marquette, Viking and Pontiac - paired with already established brands to fill price gaps he perceived in the General Motors product portfolio. Sloan created LaSalle as a companion marque for Cadillac. LaSalle automobiles were manufactured by Cadillac, but were priced lower than Cadillac-branded automobiles, were smaller, and were marketed as the second-most prestigious marque in the General Motors portfolio. LaSalles were titled as LaSalles, and not as Cadillacs.

Like Cadillac - named after Antoine de la Mothe Cadillac- the LaSalle brand name was based on that of another French explorer, René-Robert Cavelier, Sieur de La Salle.[citation needed]"

A wonderful work of art (yours and the auto maker) !!

This reminds me of the Alstate commercial, David. It is beautifully rendered. Love the sense of elegance. f/l

It is unbelievable how you can draw chrome with coloured pencils! Beautiful work David!

This drawing should become a collectors piece! L,F,Tw

Love the shapes and colors.....it almost looks like it is traveling in time....

I absolutely love all your work. Just outstanding!! Wow.

That's quite impressive! Congratulations on creating this!

Congratulations, your work is Featured in "All Automotive Artworks" I invite you to place it in the group's "2020 Featured Image Archive" Discussion!! L/Tweet

Congratulations, your creative and unique art work is Featured on the homepage of the "Out Of The Ordinary 1 A Day" group! 12/13/20 l/f/pin