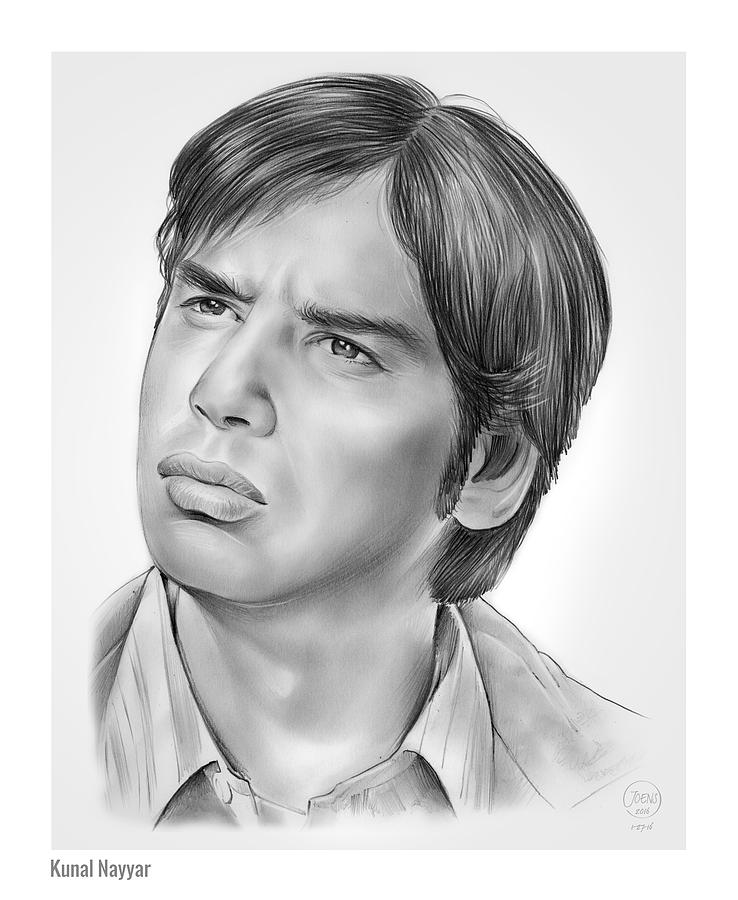 Kunal Nayyar is a British-Indian actor and writer known for his role as Rajesh Koothrappali in the CBS sitcom The Big Bang Theory.

According to Forbes, Kunal was third on the list of World’s Highest-Paid TV Actors for 2015 with earnings of $20 million.

Early life: Nayyar was born to a Punjabi family in London and brought up in New Delhi, India. He attended St Columba's School in New Delhi, where he played badminton for the school team.

In 1999, Nayyar moved to the US to pursue a Bachelor of Science in Business (Finance) from the University of Portland, Oregon.[5] Working on his degree, he started taking acting classes and appeared in several school plays.[citation needed]

After participating in the American College Theater Festival, Nayyar decided to become a professional actor. He then attended Temple University in Philadelphia, Pennsylvania where he received a Master of Fine Arts in Acting.[6]
Career
Nayyar on a tour with the rest of The Big Bang Theory cast in 2008

After graduating, Nayyar found work doing American television ads and plays on the London stage. He first gained attention in the US for his role in the West Coast production of Rajiv Joseph's 2006 play Huck & Holden, where he portrayed an Indian exchange student anxious to experience American culture before returning home. In 2006, Nayyar teamed up with Arun Das to write the play Cotton Candy, which premiered in New Delhi to positive reviews.[8]

Nayyar made a guest appearance on the CBS drama NCIS in the episode "Suspicion" (season 4, episode 12), in which he played Youssef Zidan, an Iraqi terrorist.[citation needed]

Nayyar's agent heard about a role for a scientist in an upcoming CBS pilot and encouraged him to audition for the part. This led to his casting in the sitcom The Big Bang Theory, on which he plays astrophysicist Raj Koothrappali.

In 2011, he co-hosted the Tribute to Nerds show with co-star Simon Helberg at the comedy festival Just for Laughs.

In 2012, Nayyar voiced Gupta in Ice Age: Continental Drift. That same year, he completed the shooting of his first film Dr. Cabbie in Toronto, Canada. The film was produced by Bollywood actor Salman Khan.[10]

From May 5, 2015 through June 28, 2015, Nayyar will be acting in an off-Broadway production The Spoils, written by and starring actor Jesse Eisenberg. In this play, which is being performed at The New Group at The Pershing Square Signature Center, Nayyar plays Kalyan, a Nepalese immigrant studying business and finance at NYU and roommate to the protagonist Ben, played by Eisenberg.

He published a book about his career journey, Yes, My Accent Is Real in September 2015. Source: Wikipedia