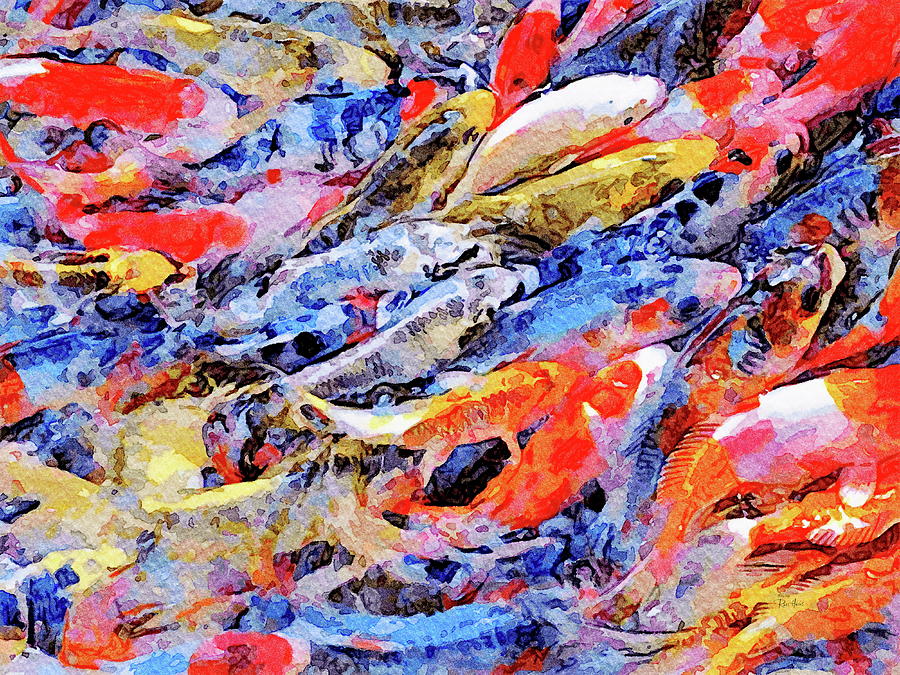 There are many varieties of ornamental koi as this painting shows, originating from breeding that began in Niigata, Japan in the early 19th century. Carp are a large group of fish originally found in Central Europe and Asia. Various carp species were originally domesticated in East Asia, where they were used as food fish. Carp are cold water fish, and their ability to survive and adapt to many climates and water conditions allowed the domesticated species to be propagated throughout the world.