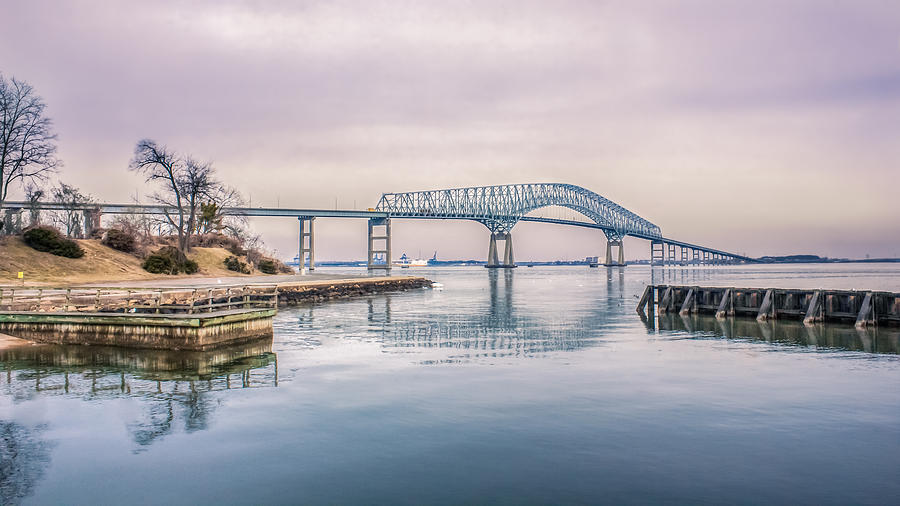 The Francis Scott Key Bridge was built in 1977, and named after the writer of our national anthem. It was not far from this spot that Francis Scott Key was held captive in a British ship during the War of 1812, in the Battle of Fort Mchenry. During his captivity he wrote The Star Spangled Banner, which he put to the melody of an old song that was a praise for wine.

Also known as The Key Bridge, it is 1200' across, making it the third longest continuous truss bridge in the world. It spans across the Patapsco River as part of Maryland route 695 and carries 11.5 million vehicles annually.

Magnificent work, Rob. I love the tones in this image. F/L - Your landscapes gallery is wonderful. Following back!

Beautiful tones on this bridge!

Stunning bridge shot! Love how it really stands out against the sky, and the reflection of it in the water. Very nice!

Wonderful image with a feeling of cool that reflects the time of year. Well done!

Brrr...makes me cold looking at this. Well done capturing a photo that let's the viewer feel the image.

Your photography is outstanding!