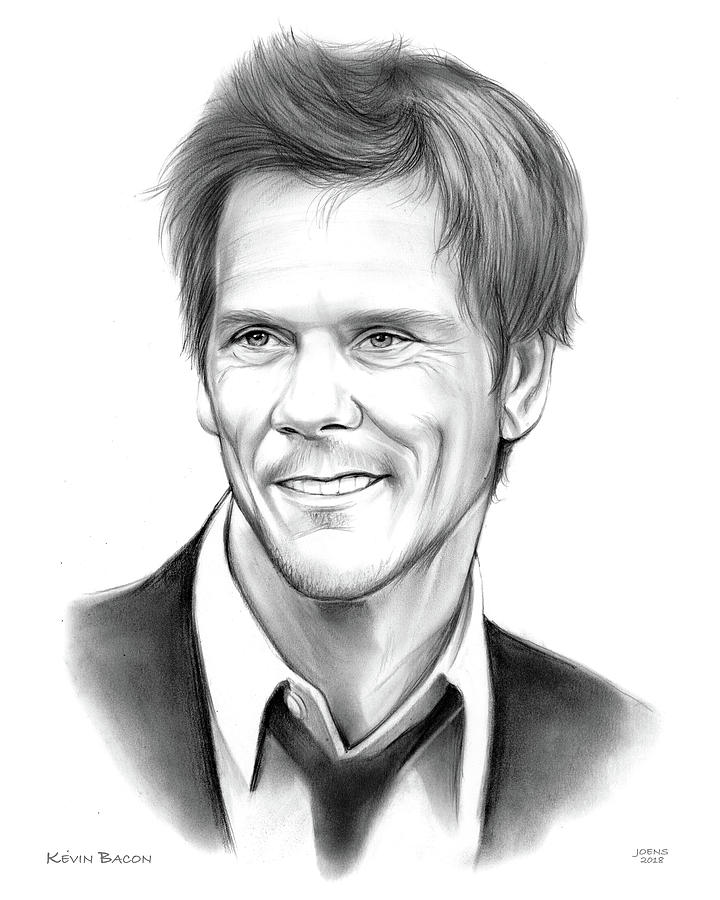 Kevin Bacon... My Sketch of the Day.

Kevin Norwood Bacon (born July 8, 1958) is an American actor and musician. His films include musical-drama film Footloose (1984), the controversial historical conspiracy legal thriller JFK (1991), the legal drama A Few Good Men (1992), the historical docudrama Apollo 13 (1995), and the mystery drama Mystic River (2003). Bacon is also known for taking on darker roles such as that of a sadistic guard in Sleepers (1996) and troubled former child abuser in a critically acclaimed performance in The Woodsman (2004). He is equally prolific on television, having starred in the Fox drama series The Following (2013–2015). For the HBO original film Taking Chance (2009), Bacon won a Golden Globe Award and a Screen Actors Guild Award, also receiving a Primetime Emmy Award nomination. The Guardian named him one of the best actors never to have received an Academy Award nomination. In 2003, Bacon received a star on the Hollywood Walk of Fame for his contributions to the motion pictures industry.

Bacon has become an icon for the concept of interconnectedness (as in social networks), having been popularized by the game "Six Degrees of Kevin Bacon". In 2007, he created SixDegrees.org, a charitable foundation.