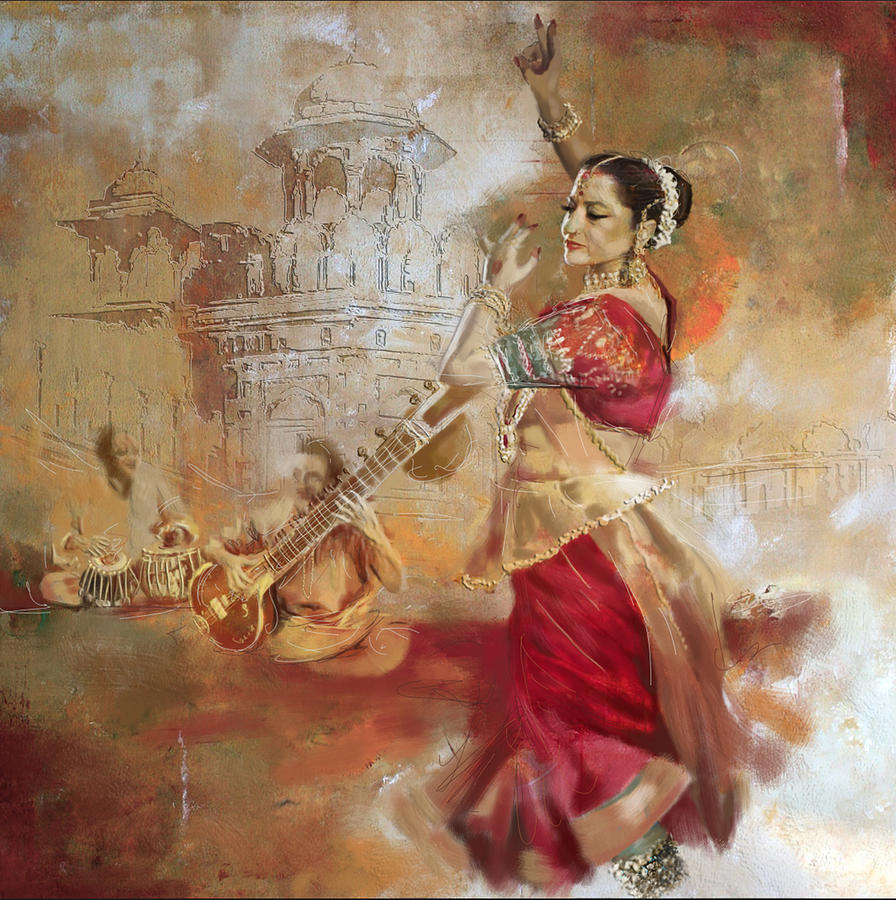 Kathak is one of the eight forms of Indian classical dances, originated from India. This dance form traces its origins to the nomadic bards of ancient northern India, known as Kathakars or storytellers. Its form today contains traces of temple and ritual dances, and the influence of the bhakti movement. From the 16th century onwards it absorbed certain features of Persian dance and central Asian dance which were imported by the royal courts of the Mughal era.
The name Kathak is derived from the Sanskrit word katha meaning story, and katthaka in Sanskrit means he who tells a story, or to do with stories.