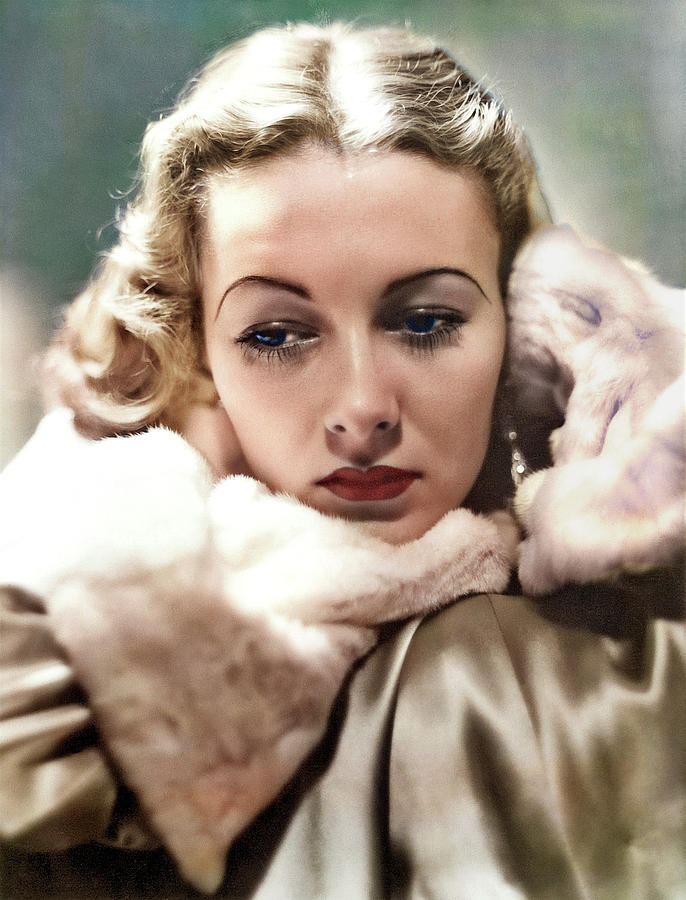 A colorized publicity photo of American film actress Karen Morley (1909-2003). Her career came to an end in 1947, after acting in over 42 films, when she testified before the House Un-American Activities Committee and refused to answer questions. After being blacklisted in Hollywood by the studio bosses, she never rebuilt her film acting career.