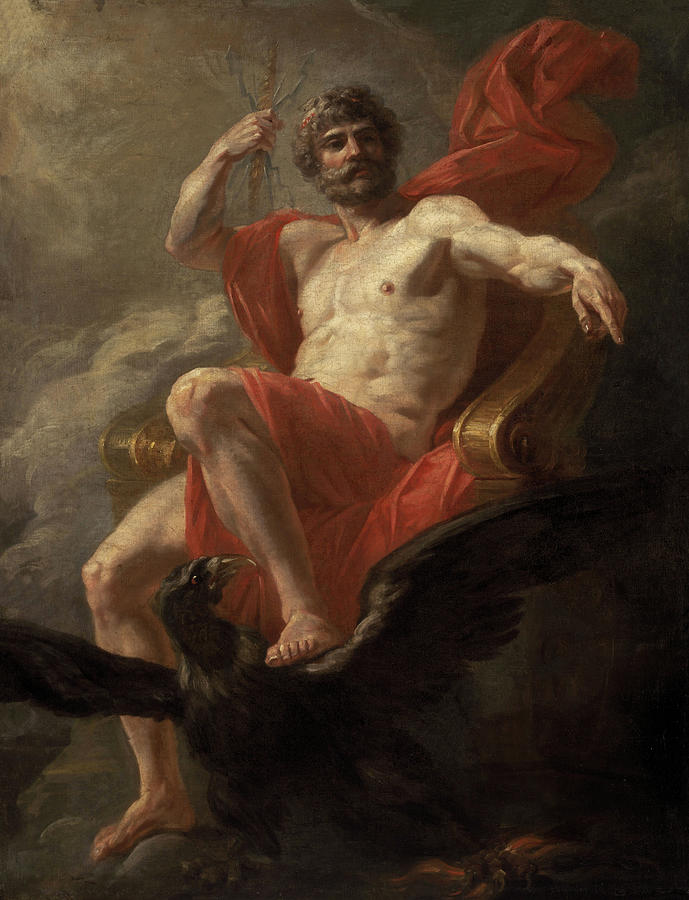 This is a reproduction of “Jupiter Enthroned”by Heinrich Fuger of about 1801. The original painting is an oil on canvas and measures 103 by 79 centimeters. It depicts the majesty of the king of the Roman pantheon seated in the clouds with his emblematic eagle serving as a foot stool. Heinrich Fuger was bron in 1751 Heilbronn, Germany and studied paintings and frescoes in Leipzig and Italy. He came to Vienna from the latter where he became court painter, professor and vice director of the Academy there. He died in 1818 in Vienna. This masterpiece is in the Museum of Fine Arts in Budapest, Hungary.