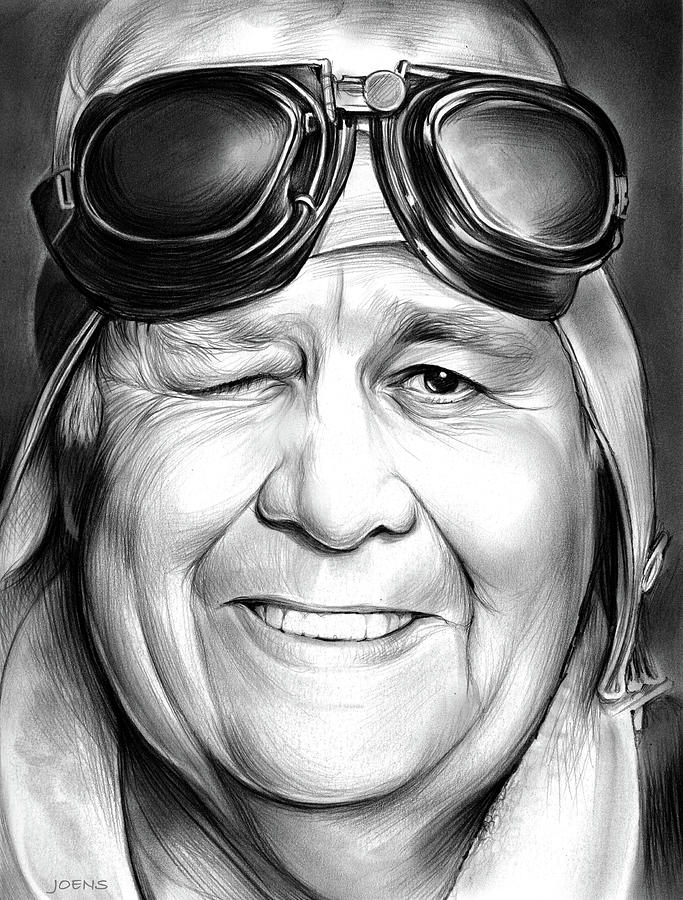 Jonathan Winters
Sketch of the Day for Sunday, September 24, 2017

Jonathan Harshman Winters III
(November 11, 1925 – April 11, 2013) was an American comedian, actor, author, and artist. Beginning in 1960, Winters recorded many classic comedy albums for the Verve Records label. He also had records released every decade for over 50 years, receiving 11 Grammy nominations for Best Comedy Album during his career and winning a Grammy Award for Best Album for Children for his contribution to an adaptation of The Little Prince in 1975 and the Grammy Award for Best Spoken Comedy Album for Crank(y) Calls in 1996.

With a career spanning more than six decades, Winters also appeared in hundreds of television show episodes/series and films combined, including eccentric characters on The Steve Allen Show, The Garry Moore Show, The Wacky World of Jonathan Winters (1972–74), Mork & Mindy, Hee Haw, and It's a Mad, Mad, Mad, Mad World. He also voiced Grandpa Smurf on The Smurfs TV series from 1986 to the show's conclusion in 1989. Over twenty years later, Winters was introduced to a new generation through voicing Papa Smurf in The Smurfs (2011) and The Smurfs 2 (2013). Winters died nine days after recording his dialogue for The Smurfs 2; the film was dedicated in his memory.

Winters also spent time painting and presenting his artwork, including silkscreens and sketches, in many gallery shows. He authored several books. His book of short stories, titled Winters' Tales (1988), made the bestseller lists.

Wonderful work! You are very talented and loved taking a stroll through your gallery!