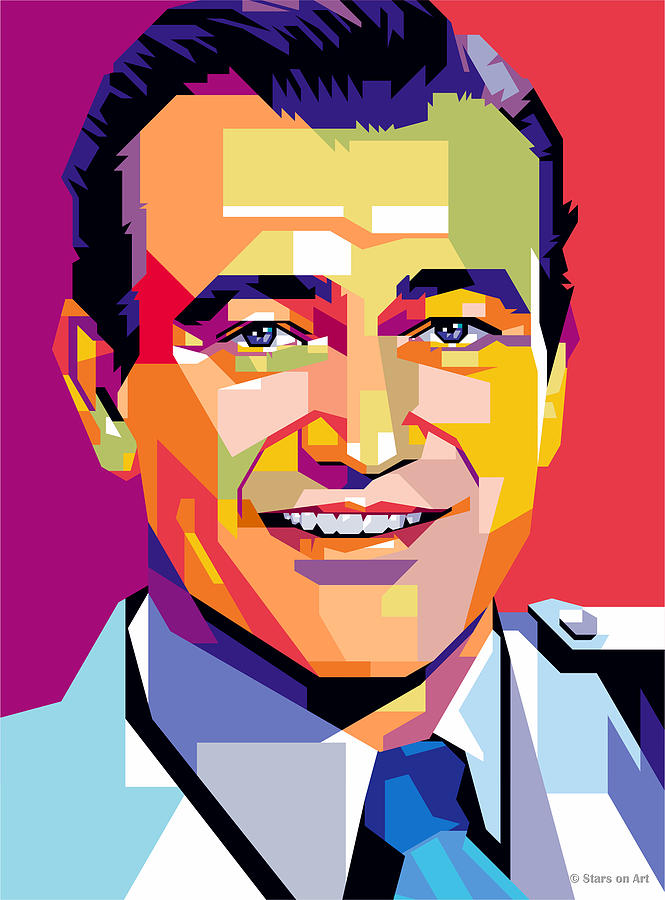 Illustrated portrait of actor John Wayne. Wayne (1907 – 1979) was a popular iconic American actor noted for starring in Westerns. From the silent era in the 1920s through Hollywood's Golden Age, he acted in 250 films. For over 30 years, he was one of the nation's leading film stars.

After being cast in the Ringo Kid's role in the Western classic, "Stagecoach" (1939), Wayne became a mainstream star who from then on personified the nation's frontier heritage.