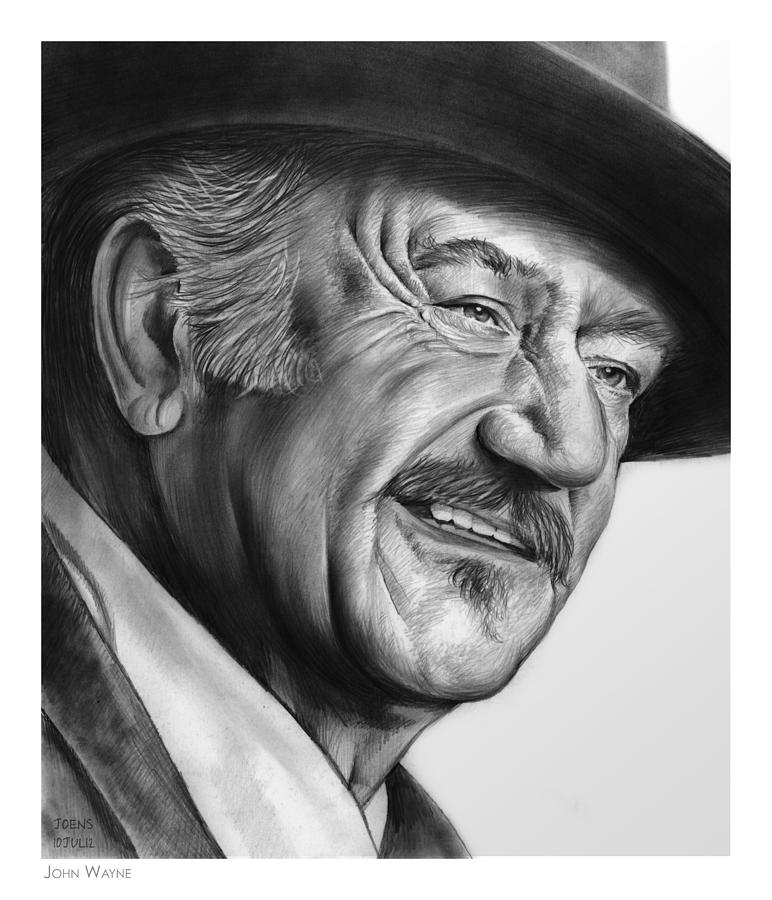 Marion Mitchell Morrison (born Marion Robert Morrison; May 26, 1907 � June 11, 1979),
known by his stage name John Wayne, was an American film actor, director, and producer. An Academy Award-winner for True Grit (1969), Wayne was among the top box office draws for three decades. An enduring American icon, for several generations of Americans he epitomized rugged masculinity and is famous for his demeanor, including his distinctive calm voice, walk, and height.

Originally from Iowa, Wayne grew up in Southern California. He found work at local film studios when he lost his football scholarship to USC as a result of a bodysurfing accident.:63�64 Initially working for the Fox Film Corporation, he mostly appeared in small bit parts. His first leading role came in Raoul Walsh's lavish widescreen epic The Big Trail (1930), which led to leading roles in numerous B movies throughout the 1930s, many of them in the Western genre.

Wayne's career took off in 1939, with John Ford's Stagecoach making him an instant mainstream star. Wayne went on to star in 142 pictures. Biographer Ronald Davis says: "John Wayne personified for millions the nation's frontier heritage. Eighty-three of his movies were Westerns, and in them he played cowboys, cavalrymen, and unconquerable loners extracted from the Republic's central creation myth."

In addition to True Grit and Stagecoach, among his best-known Westerns are Red River (1948), as a cattleman driving his herd north on the Chisholm Trail, The Searchers (1956), playing a Civil War veteran whose young niece is abducted by a tribe of Comanches, and The Man Who Shot Liberty Valance (1962), as a troubled rancher competing with an Eastern lawyer for a woman's hand in marriage. Wayne is also remembered for his roles in The Quiet Man (1952), Rio Bravo (1959), and The Longest Day (1962). In his final screen performance, he starred as an aging gunfighter battling cancer in The Shootist (1976). He appeared with many important Hollywood stars of his era, including Maureen O'Hara, James Stewart, Dean Martin, and Natalie Wood.