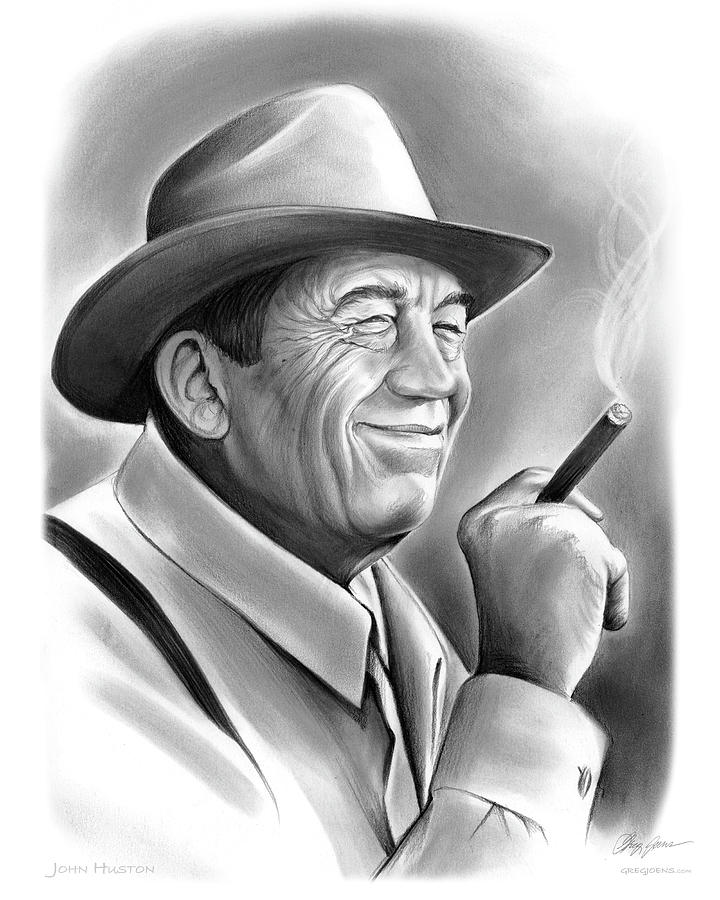 Huston was known to direct with the vision of an artist, having studied and worked as a fine art painter in Paris in his early years. He continued to explore the visual aspects of his films throughout his career: sketching each scene on paper beforehand, then carefully framing his characters during the shooting.[citation needed] While most directors rely on post-production editing to shape their final work, Huston instead created his films while they were being shot, making them both more economical and cerebral, with little editing needed.[citation needed]

Most of Huston's films were adaptations of important novels, often depicting a "heroic quest," as in Moby Dick, or The Red Badge of Courage. In many films, different groups of people, while struggling toward a common goal, would become doomed, forming "destructive alliances," giving the films a dramatic and visual tension. Many of his films involved themes such as religion, meaning, truth, freedom, psychology, colonialism and war.

Before becoming a Hollywood filmmaker, he had been an amateur boxer, reporter, short-story writer, portrait artist in Paris, a cavalry rider in Mexico, and a documentary filmmaker during World War II. Huston has been referred to as "a titan", "a rebel", and a "renaissance man" in the Hollywood film industry. Author Ian Freer describes him as "cinema's Ernest Hemingway"—a filmmaker who was "never afraid to tackle tough issues head on." Source: Wikipedia