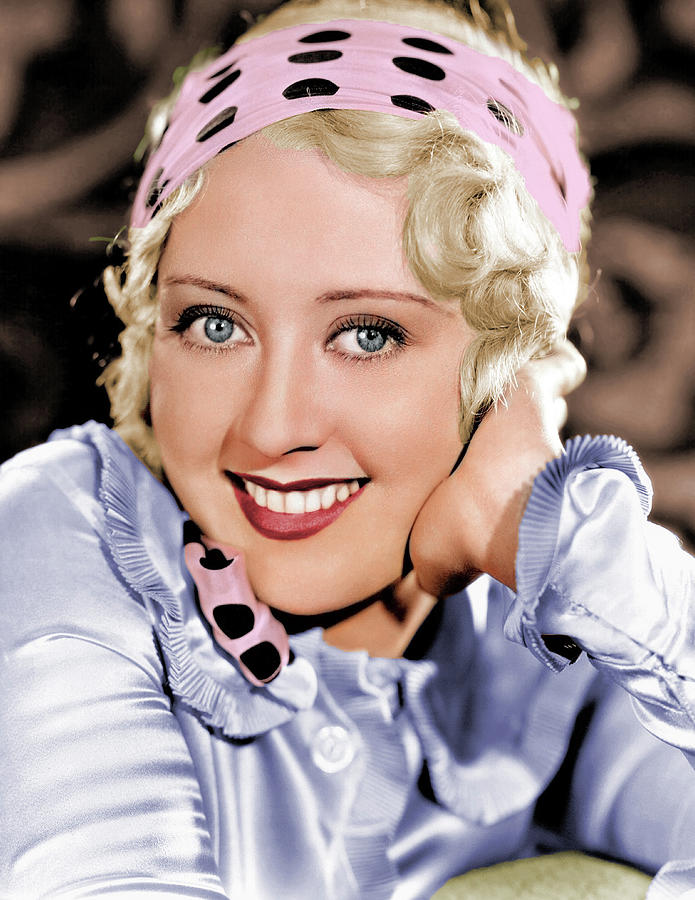 A colorized vintage portrait of Joan Blondell (1906-1979). She began her career in vaudeville, won a beauty pageant, then embarked on a film career, becoming a staple in Warner Bros. Pictures. She excelled in wisecracking, sexy roles, and appeared in more than 100 films during the 1930s and early 1940s.