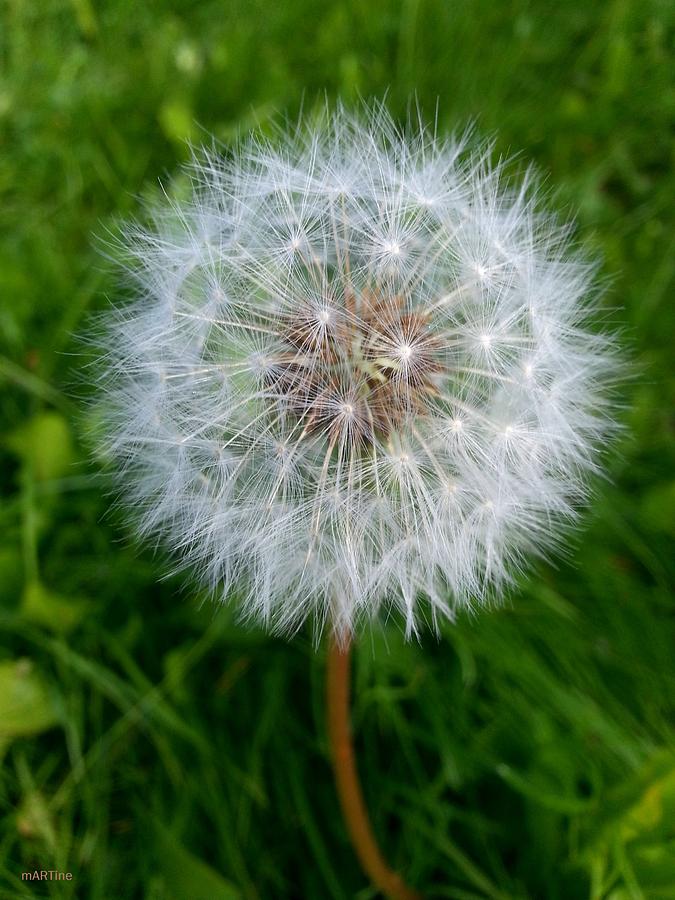 As a child, we used to call the Dandelion Seed Head a Jinny Jo. My parents names were Jim and Jo, so for years I used to think the name was Jimmy Jo. We used to believe that if you caught one of the seeds on it's little parachute, we could make a wish and the fairies would grant it. Another game we played was to chant the rhyme, 'Jinny Jo, Jinny Jo bring me back an eggio' and then we would blow the seed head to release the little parachutes. Another name we called them were Clocks. We would blow the seed head counting, 'One o'clock, Two o'clock, three o'clock' and so on until all the seeds had flown.

Of course Jinny Jo's were dandelions, which is a valuable herb often considered a weed. It has many uses and the whole plant can be used. It has a very high vitimin C content. It's roasted roots can be used as a coffee substitute.

Watermarks won't appear on purchased prints however my signature in the bottom left hand corner will.

Beautiful capture and I love your sweet childhood memories about the dandelions!

Loved reading your description and sharing in your memories...

I love the details.. this is perfect! So soft.. delicate!