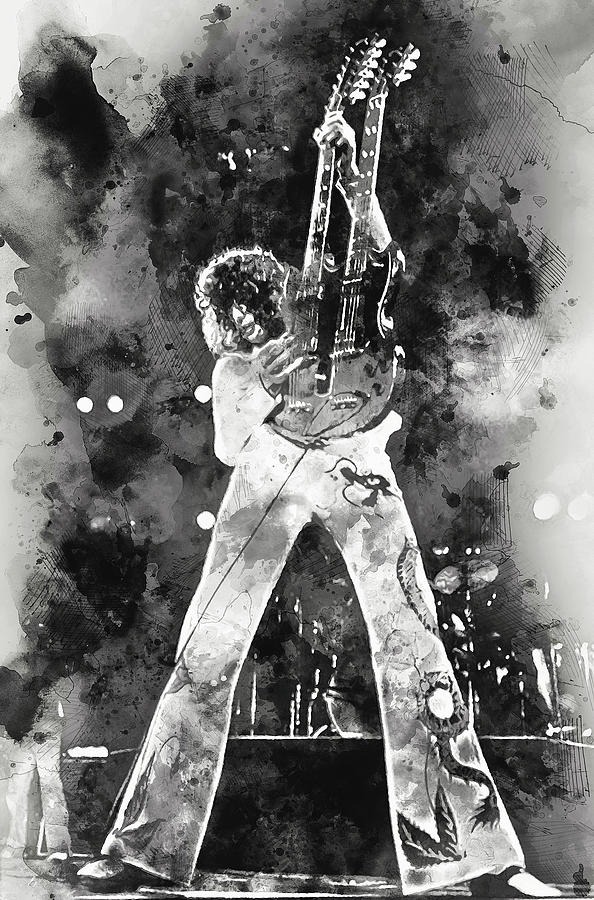 Defined as "one of the most influential, important and versatile guitarists and composers in the history of rock", in 2010 he was included as the second best guitarist in history in Gibson's "Top 50 Guitarists of All Time", in 2007 at the 4th place of " 100 Wildest Guitar Heroes "by Classic Rock Magazine, and was ranked 3rd in the Rolling Stone list of the 100 best guitarists of all time, behind only Eric Clapton and Jimi Hendrix. According to AllMusic, Page is considered one of the main creators of the hard rock genre. Page has reiterated several times not to appreciate the classification of his music and that of Led Zeppelin in the heavy metal genre.

Since adolescence one of the most sought-after turnist guitarists in all of England, Page was the founder of Led Zeppelin in 1968 and previously a member of the Yardbirds, first on bass and then on the lead guitar in a singular tandem with Jeff Beck, up to take its place at the time of its defection; by virtue of this he is one of the few musicians to have been introduced twice in the prestigious Rock and Roll Hall of Fame.

With Led Zeppelin he was the protagonist of a planetary success. In the dual role of guitarist and record producer he was one of the main exponents of the rock sound of that era, based mainly on the union of a Gibson Les Paul and a Marshall amplifier. For the recording of the first Led Zeppelin disc instead Page preferred to use a Supro amplifier and a Fender Telecaster.